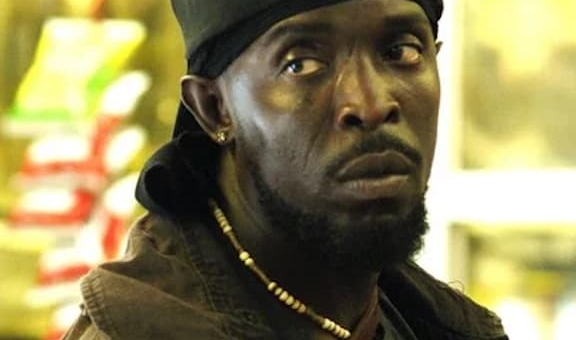 Michael K. Williams is dead at the age of 54.


As previously reported, the five-time Emmy Awards nominee was found by his nephew inside of his Brooklyn apartment on Sunday.


According to The New York Post, drug paraphernalia was also discovered on the scene — although no official cause of death has been established.


“It is with deep sorrow that the family announces the passing of Emmy nominated actor Michael Kenneth Williams,” said a rep late yesterday, adding of the tragedy:


“They ask for your privacy while grieving this unsurmountable loss.”


Williams, who was often open about his history of addiction, rose to small screen fame as Omar Little on The Wire.


He also played Chalky White on Boardwalk Empire and also appeared on Community, When They See Us and Lovecraft Country, among other TV hits and major movies.


Following news of Williams’ death going viral, an endless array of tributes poured forth from those who knew him well.


Among the most notable…


“A lot of people knew him as Omar, I knew him as Chalky. I’m sure his family knew his as Michael,” Chance the Rapper tweeted.


“Thanks for all you gave to encourage, enlighten and entertain people you didn’t even know. Praying for your people.”


“So heartbroken. @bkbmg thank you for the beauty and joy you brought to the world. Sending love and prayers to your friends, family and everyone who adored you, me included.


“Our Brother Passed Away Today In His Home,Da People’s Republic Of Brooklyn. I’m Shook.


“Drinking A Bottle Of Italian Red Wine-Brunello Di Montalcino By Myself. Our Greats Are Leaving Us Left And Right.


Martin Lawrence: “My condolences and prayers go out to the family of the unforgettable and talented Michael K. Williams.”


Marlon Wayans: “My bro… FUCK!!! Your last words to me was at the @respectmovie premiere you grabbed me by the neck, hugged me and said “beautiful work brother”.


“That meant so much from you. I love you bro. So fucking talented, an amazing human and a gracious soul…”


Nas: “A special soul we all loved will be heavily missed. Way too soon my G. A great brother.”


“Michael K Williams, in addition to being one of the most talented actors around, was also one of the kindest, sweetest, most gentle souls I’ve ever met. This is heartbreaking.


“My thoughts are with all those who loved him.”


Jeffrey Dean Morgan: “Goddamn it. We lost one of our best, most talented. RIP #MichaelKWilliams. Breaks my heart.”


The most beautiful tribute, however, came from Wendell Pierce, who starred opposite Williams on The Wire:


A immensely talented man with the ability to give voice to the human condition portraying the lives of those whose humanity is seldom elevated until he sings their truth.


If you don’t know, you better ask somebody. His name was Michael K. Williams.


He shared with me his secret fears then stepped out into his acting with true courage, acting in the face of fear, not in the absence of it. It took me years to learn what Michael had in abundance.


He was proud of the artist he had become, asking for my advice long after he had surpassed any incite I could have shared.Always truthful, never inauthentic. The kindest of persons.


THE WIRE brought us together and immortalized Omar & Bunk in that “scene” on a park bench.But for us we aimed to take that moment in time together and say something about Black men.


Our struggle with ourselves, internally, and each other. For me & Mike we had nothing but respect.


So to you, my brother Mike, there is a small comfort that I know, you knew how much we loved you.


We send our condolences to the friends, family members and loved ones of Michael K. Williams.


May he rest in peace.