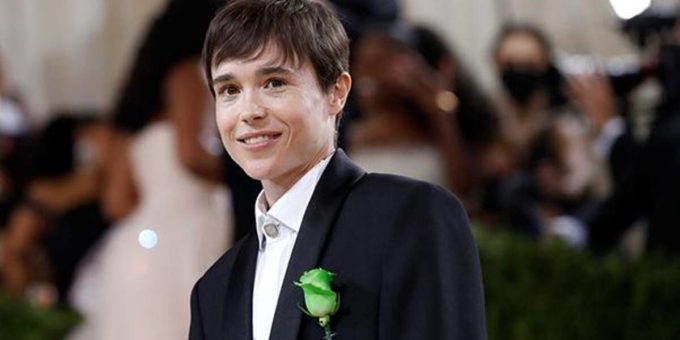 The Met Gala this year was significant, because it happened after a year’s gap amid the pandemic. While celebrities and other attendees put their best fashion foot forward, there were some who were noticed more than others, owing to their unique dressing sense, and their outfit-of-choice for the glamorous evening.

We were really taken by what Elliot Page wore to the event. The 34-year-old Canadian actor and producer was spotted on the red carpet, which was his first such event since coming out as a transgender last year. He wore an outfit which was meaningful, and one that symbolised queer love.

According to new reports, Page wore a black Balenciaga tuxedo, which had a green carnation flower pinned. A Yahoo Life report suggests that the green carnation has been used as a symbol of queer love, after British poet Oscar Wilde popularised wearing it in the 1890s.

Over the years, the green carnation has come to represent queer men, since it “embodied the decadent and the unnatural”. (Photo: REUTERS/Mario Anzuoni)

The report further mentions that over the years, the green carnation has come to represent queer men, since it “embodied the decadent and the unnatural,” according to Oscar Wilde Tours, which further expressed that in 1892, “Wilde had one of the actors in Lady Windermere’s Fan wear a green carnation on opening night and told a dozen of his young followers to wear them, too. Soon the carnation became an emblem of Wilde and his group”.

Page had opened up about this transition, telling TIME magazine while gracing its cover earlier this year that he had wanted to cut his hair short as a nine-year-old and that there was an “acute feeling of triumph” when he was finally allowed. “I felt like a boy. I wanted to be a boy. I would ask my mom if I could be someday.”

In fact, Page would even visualise “himself as a boy in imaginary games, freed from the discomfort of how other people saw him: as a girl”.

The actor came out in December 2020 in a long and heartfelt social media post, wherein he reintroduced himself as ‘Elliot’, and added that his pronouns are he/they. He was formerly ‘Ellen Page’.

Dig Into An Authentic Middle-Eastern Feast At Pullman, New Delhi

Everton vs Burnley: Andros Townsend’s Long Range Stunner “Gets Better With Every View”