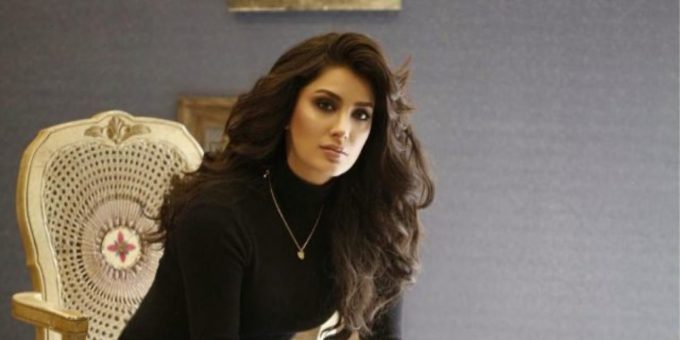 Mehwish Hayat is a celebrated Pakistani actress with strong acting prowess. The actress is a recipient of Pakistani civil award, Tamgha-e-Imtiaz and has delivered numerous hits over the years. While most know Mehwish Hayat is a stellar actress, what many might not know is that she’s a brilliant singer as well. Recently, the actress took the stahe to sing Farida Khuanam’s classic track, Aaj Janay Ki Zid Na Karo in front of a crowd of 10,000.

Taking to Twitter, the actress shared a glimpse of her performance!

In February this year was able to do this amazing Live concert in Lahore to a crowd of over 10,000 strong . What an exhilarating experience ! pic.twitter.com/E7nBx35n9f

This is not the first time that the actor has stepped inside the recording studio as she has previously recorded OSTs and theme songs for numerous television serials. Some of her singles include Tell Me Why (Meri Behan Aya), Pani Barsa (Man Jali), Mujhse Ab Meri Mohabbat Ke Fasane Na Kaho (Talkhiyaan) and a duet with Fariha Pervez for the Mirat-ul-Uroos theme song, Har Saans Gawahi Deta Hai.Aside from singing for OSTs, she also performed a cover version of the Adele-track, Rolling in the Deep during a live morning show.

Two years ago, Mehwish Hayat took to the stage to cover Nazia Hassan’s song Boom Boom during a concert held in Phoenix, Arizona. Boom Boom was the major track from Nazia and Zohaib Hassan’s second album also of the same name released in 1982. The song was composed by Indian producer Biddu and was also featured in the Bollywood movie Star. Mehwish later wrote on her Instagram account, “Nazia Hassan to me will always remain the undisputed queen of pop and will continue to rule the world through her music forever and ever.”

Despite numerous attempts, both Uppal and Hayat could not be reached for a comment.The popular actor has already strung together an impressive portfolio in Pakistani cinema, appearing in two major blockbusters, Na Maloom Afraad and Jawani Phir Nahi Ani (JPNA).
She will next be seen opposite Humayun in the Nadeem Baig-directed comedy film, London Nahi Jaunga. The actress has already worked with Humayun Saeed and Nadeem Baig in Punjab Nahi Jaungi and Jawai Phir Nahi Ani.