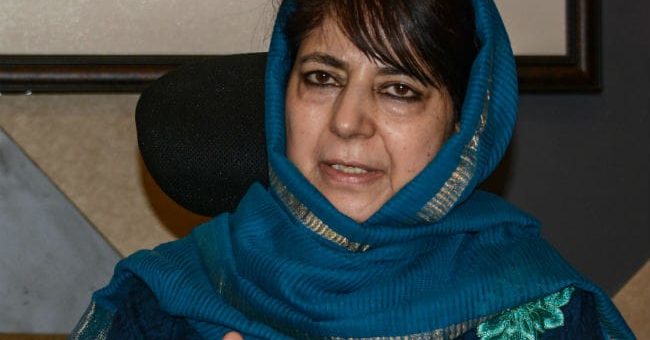 Former Jammu and Kashmir Chief Minister Mehbooba Mufti tweeted today that she is under house arrest and the administration’s “fake claims of normalcy” have been exposed.

“The Government of India expresses concern for the rights of Afghan people but willfully denies the same to Kashmiris. I’ve been placed under house arrest today because according to the administration the situation is far from normal in Kashmir. This exposes their fake claims of normalcy,” the People’s Democractic Party (PDP) chief posted.

Her allegation comes after security restrictions were imposed in the Kashmir Valley after the death of separatist hardliner Syed Ali Shah Geelani last Wednesday.

Parks manager in Kimberley, B.C., quits after months of harassment over pandemic closures
2020-11-11