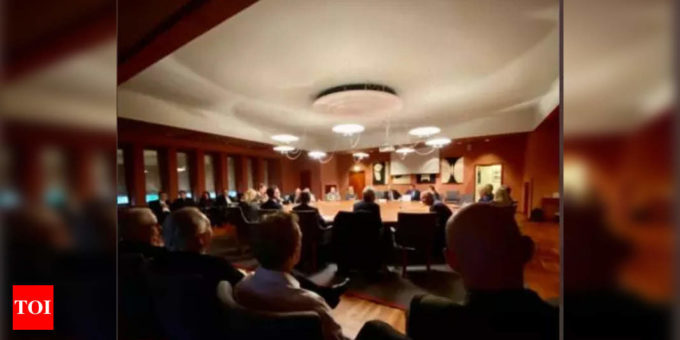 STOCKHOLM: The first of the 2021 Nobel Prizes is announced Monday with the naming of the winner, or winners, in the field of physiology or medicine.
A panel at the Karolinska Institute in Stockholm will announce the recipient after 11:30 a.m. (0930 GMT).
Last year’s prize went to three scientists who discovered the liver-ravaging hepatitis C virus, a breakthrough that led to cures for the deadly disease and tests to keep the scourge from spreading though blood banks.
The Nobel Assembly often commends basic science, but practical applications are also sometimes recognized. This could boost the chances of those involved in developing vaccines against the coronavirus getting the prize.

The Nobel Assembly is now in session to decide this year’s #NobelPrize in Physiology or Medicine.Who will be awar… https://t.co/m31V3kzwPv

The prestigious award comes with a gold medal and 10 million Swedish kronor (over $1.14 million). The prize money comes from a bequest left by the prize’s creator, Swedish inventor Alfred Nobel, who died in 1895.
The other prizes are for outstanding work in the fields of physics, chemistry, literature, peace and economics.