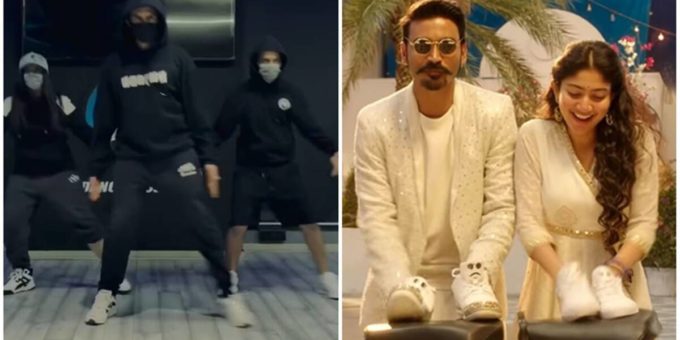 Who hasn’t danced to Dhanush and Sai Pallavi-starrer crackling number “Rowdy Baby”? This Yuvan Shankar Raja-composed track from Maari 2 continues to be a rage three years after its release. The latest to groove to it is Bollywood star Kartik Aaryan, who surprised his fans with a full-fledged choreography posted as an Instagram reel.

Wearing a mask and a black ensemble, Kartik dances effortlessly to Piyush Bhagat and Shazia Samji’s choreography. It’s only at the end of the video that Kartik removes his mask. “Dancing baby,” Kartik wrote, captioning the reel. Naturally, fans couldn’t stop raving about his moves.

The original song has been choreographed by Prabhudheva and Jani Master.

Kartik Aaryan is currently shooting for Ekta Kapoor’s Freddy, which is supposed to be a “dark romantic thriller”. It is being directed by Shashanka Ghosh, who helmed Ekta’s Veere Di Wedding in 2018. Talking about Freddy, Kartik recently said that his entering the project with a lot of intrigue as this is an “uncharted territory” for him.

“As an actor, I crave to explore different facades of entertainment and with Freddy, I’m venturing into an uncharted territory which is both exciting and intriguing in equal measures. I look forward to dwelling in the world of Freddy and bring alive this dark romantic thriller,” Kartik said in a statement.

Apart from Freddy, Kartik Aaryan has Dhamaka, Bhool Bhulaiyaa 2, Captain India and the Hindi remake of Ala Vaikunthapurramuloo, which originally starred Allu Arjun in his kitty. Kartik will also be seen in Sameer Vidwans’ directorial, which was earlier titled Satyanarayan Ki Katha.

Mismatched fame Rohit Saraf opens up on his decision to quit school and venture into acting, says wanted to fulfill his late father’s dream : Bollywood News