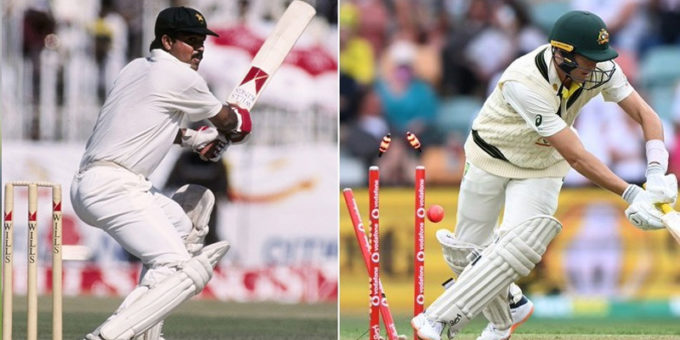 World number one was dismissed by Stuart Broad

Australia star
middle-order Marnus Labuschagne was dismissed in the most bizarre way, which
was quite similar to Pakistan’s former batter Ijaz Ahmed, on the opening day of
the fifth and final Ashes Test

The opening session was dominated by England where they
reduced Australia to 85 for four at lunch.

The breakthrough came in the 22.1 over, when Labuschagne was
bowled by Stuart Broad.  The batter fell awkwardly
as he completely misjudged Broad’s straight delivery.

The world number one Test batter scored 44 off 53 to help
Australia recover from 12 for 3.

Shades of Ijaz Ahmed vs Dominic Cork at Lord’s in 1996 🎯pic.twitter.com/mJAHchLEvv

Ahmed was dismissed similarly in 1996 when he faced Dominic Cork at Lord’s.