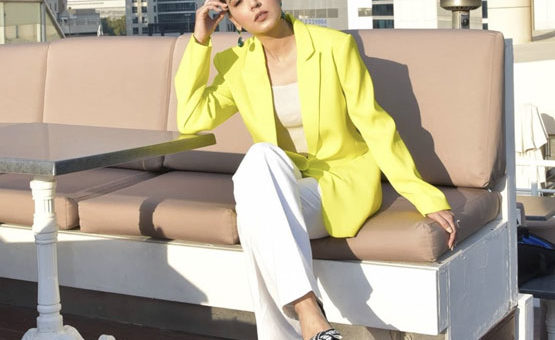 She wore a canary yellow blazer with white pants and her hair pulled back in a bun. A sleek and simple combination.

Sharing another photo of the look, she said, “Point of fact: its hard to smile when the sun is in your eyes.”

The actress recently got engaged to lawyer and activist Jibran Nasir last year. Her film ‘Laal Kabootar,’ directed by Kamal Khan, has received stellar reviews. The action-thriller is about a woman getting to the bottom of her husband’s mysterious murder.