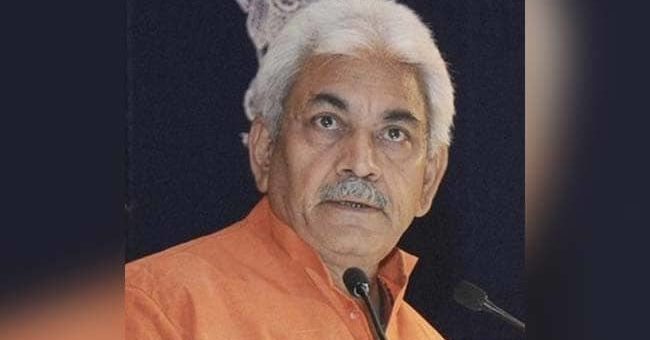 The big change, which took place on the first anniversary of the centre’s move to scrap special status to Jammu and Kashmir under Article 370 and turn it into two union territories, brings back a political face in the top post.

Manoj Sinha, 61, has been a Lok Sabha MP and a member of the BJP’s top leadership panel, the national council. He was a Minister of State in the first term of Prime Minister Narendra Modi.

“It depends how Delhi wants to proceed,” an official said last night, when Mr Sinha’s name was still to be announced. “If it wants political activity to start, it has to appoint someone who can connect with politicians and political parties there,” said the retired bureaucrat who served in the Cabinet Secretariat.

GC Murmu, in comparison, was a bureaucrat handpicked at a time the centre wanted an administrator to see Jammu and Kashmir through the massive changes. His predecessor at the time, Satyapal Malik, was another political face who was in the news over controversial statements.

Mr Murmu, a 1985-batch Gujarat cadre officer, worked with PM Modi when he was the Gujarat Chief Minister. After Mr Modi became the Prime Minister, the officer joined the Union Finance Ministry. He became Joint Secretary in the expenditure department.

The senior bureaucrat was expected to retire on November 30 last year.

Mr Murmu’s resignation comes days after a controversy over media reports quoting him that elections in the union territory can be held after the ongoing delimitation exercise. Elections have not been held in Jammu and Kashmir in the two years since the elected government collapsed, with the poll body citing security concerns.

Reacting to the reports, the Election Commission had, in a strongly-worded statement, said that decisions on timing of elections could only be made by it.

Mr Murmu is the frontrunner for the post of the country’s new top auditor, NDTV has learnt. The post of the Comptroller and Auditor General (CAG) is expected to fall vacant this week as Rajiv Mehrishi turns 65. The CAG is a constitutional post and cannot be left vacant.

“Rajiv Mehrishi is turning 65 on August 8. That is why the government is in a hurry to look for a replacement,” a senior bureaucrat in the Cabinet secretariat told NDTV.