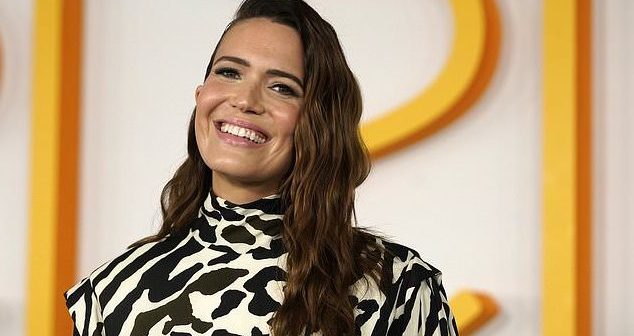 If Mandy Moore is bracing for emotional whiplash, it’s understandable. She and her musician-husband, Taylor Goldsmith, welcomed their first child in February, an event she says that turned her world “Technicolor,” and the pair collaborated on an upcoming second album.

The cloud ahead: The end of This Is Us, the NBC drama that she says proved a “dream on every single level,” from her co-stars to the consistently challenging work.

The 18-episode final season, beginning Tuesday on NBC, will include an episode directed by Moore.

“It’s going to be so horrific to say goodbye in a couple of months when taping wraps,” said Moore. “I haven’t really wrapped my brain around it yet.”

She plays matriarch Rebecca Pearson in the decade-shifting family drama created and produced by Dan Fogelman — who she says has steadfastly resisted pleas to keep it going.

Moore won’t have much of a lull after taping concludes. Next summer, the singer-songwriter and Goldsmith plan to tour in support of their follow-up album to 2020’s Silver Landings, with son August in tow.

Moore calls him “the best thing in my life” and a look-a-like for his Dawes band frontman dad, including the dimple they share (“little butt chin,” as Moore cheerfully labels it on the baby, nicknamed Gus).

‘PSL-like hockey league need of the hour in Pakistan’