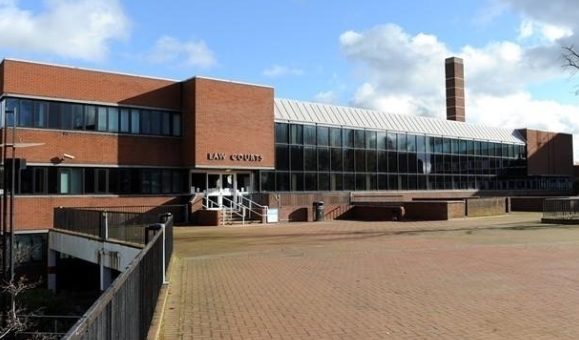 A MAN has been sentenced for racially abusing an 11-year-old boy in Cheshire.

The Crown Prosecution Service (CPS) said that, on August 8, 2019, Stephen Paul Spencer, 31, was overheard directing racial slurs to the boy, who is mixed race and was on his mobile phone, looking at Instagram, at his bedroom window in Crewe.

The boy’s mother confronted Mr Spencer, who then became aggressive and claimed he had only been singing along to a song.

But he then repeated the abuse and added: “She can shout her mouth off, but I will send the lads round and do the car in.”

The mother reported the incident to the police and Mr Spencer was arrested. He was charged with one count of threatening to damage property and one count of racially aggravated public order.

Mr Spencer initially denied in interview that he was present, and while unrepresented, entered not guilty pleas.

But, after seeking legal representation, he entered a guilty plea to the full facts of the CPS’s case on August 25, 2021 at Crewe Magistrates Court.

He was then sentenced on that basis and the Crown sought an uplift for the hate element in line with CPS policy on prosecuting hate crimes.

Mr Spencer received a 15-month community order and must complete 160 hours of unpaid work and 15 days of a rehabilitation activity.

The District Judge specifically directed that the rehabilitation activity requirement should include a course to address the defendant’s racist world view.

The court also ordered that the defendant pay £350 compensation to the mother of the victim, a victim surcharge of £95 and prosecution costs of £250.

Lawyer Joshua Sanderson-Kirk, of CPS Mersey Cheshire, said: “I’m glad that we were able to bring this case with the support of the young victim, his mother and the overwhelming evidence of neighbours who heard the racist slurs.

“Hate crime is particularly insidious, it attacks the very core of who we are and is often directed at characteristics which are innate.

“The support received for this prosecution from witnesses over a protracted period of time demonstrates the strength of feeling in communities about hate crimes.”