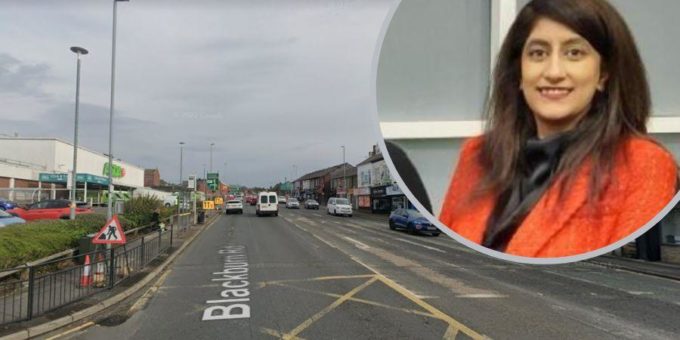 An investigation is underway after reports of a ‘racist incident’ in which a man appears to have openly abused people of Asian heritage.

This comes after a man and a woman appear to have been subject to a torrent of vile abuse from an older man on Blackburn Road, Bolton.

The incident is believed to have happened on Friday, while then man appeared to have been wearing the uniform of a well known company and local political representatives say police and the firm have been informed.

Cllr Rabiya Jiva, of Bolton Council, said: “The company have been notified, police have been informed and I am looking into it because we absolutely do not tolerate racist incidents or racism of any kind in Bolton.”

A video has been circulating on social media showing the man swearing at a man and a woman of Asian background near the Asda supermarket on Blackburn road and using a string of derogatory terms aimed at Asian people, saying that he ‘hates them.’

At one point the man, who was filmed by the couple, appears to admit to being a racist.

One of my boys uncle & auntie got into a car accident & this old man decides to show his true colours.

Cllr Jiva, who is opposition spokesperson for stronger communities on Bolton Council, said: “We absolutely cannot accept this.

“Especially when it is done openly and this individual was in uniform, we will not tolerate this kind of behaviour and police are investigating.”

Cllr Jiva says police have confirmed to her that they responded to the incident and are currently investigating.