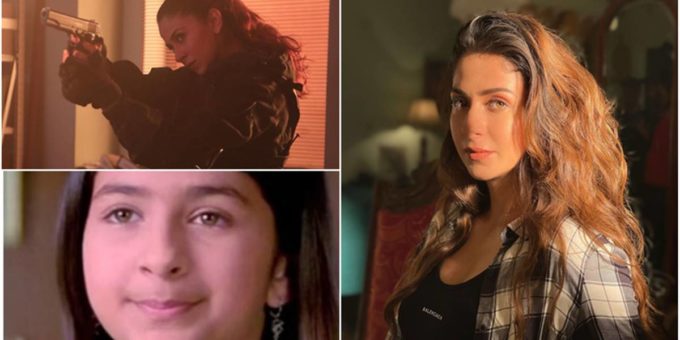 Model-turned-actor Malvika Raaj is ‘very excited but nervous at the same time’ about the release of her Bollywood debut film, Squad. The actor, who will be seen performing some high-octane action sequences, said it was her conscious decision to choose an action film instead of a “usual rom-com or college drama” for her debut.

Talking about her debut film and the experience of shooting it, Malvika said, “It was very difficult. For me, even more. I had no idea how to perform action sequences. Not even a punch. But I took it up as a challenge. When I got to know that I would be performing action with Rinzing (Rinzing Denzongpa), I was super excited to be on-board. I trained myself before shoot.” Squad also stars Rinzing, son of veteran actor Danny Denzongpa.

Talking about her role, she says, “Squad will sort of change the perspective about how women are seen in this film. I am not a damsel in distress waiting for Rinzing to save me. I will also be performing action sequences.”

While Squad marks Malvika’s debut as an adult, people already know her because of her role in Kabhi Khushi Kabhie Gham. The actor played young Pooja aka Poo in the film. The role was also played by Kareena Kapoor Khan. Talking about her first on-screen break as a child artist, Malvika said that it was on the sets of Kabhi Khushi Kabhie Gham that she realised that acting was her calling. “I actually realised when I was very young. After doing Kabhie Khushi… I was sure that I want to become an actor. I knew this is where I belong. I love being on a set. It is my happy place,” she said.

Talking about K3G, Malvika said she feels “surreal” to think that she had shared the screen space with Amitabh Bachchan, Shah Rukh Khan and Kajol. “It is surreal to think of it now but back then, I was so young that it didn’t hit me that I am actually sharing screen space with such humongous superstars. And to be honest, they never made me feel so. They were sweet and so grounded, which is a thing I have learnt from them. Everybody’s attitude was so positive. They never made anyone feel any less. I was just a child but they all treated me like one of them. I, honestly, started feeling like a superstar back then, which is only because of how they treated me. Even Karan sir pampered me a lot,” she recalled. So, has she seen the film herself? “Of course! Every Sunday! I have seen that movie more than 2 million times. I love watching myself on TV,” Malvika chuckled.

On the concluding note, Malvika agreed that she would “love to work with all of them all over again” and hoped that they would watch her film Squad, which will start streaming on November 12 on ZEE5.

SCOOP: Sooryavanshi gets Rs. 100 crore from Netflix; to premiere on December 4 : Bollywood News