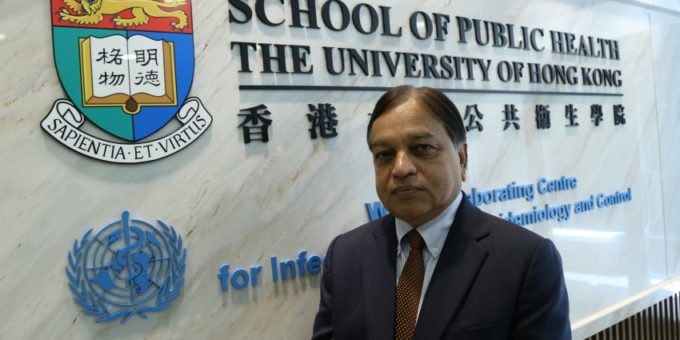 Two University of Hong Kong medical experts Yuen Kwok-yung and Malik Peiris have won a top scientific award which comes with a prize of US$1 million.

They were applauded for their discoveries of SARS-CoV-1 as the causative agent for the global SARS outbreak in 2003 and its zoonotic origin, which helped combat Covid-19 and emerging infectious diseases..

The Future Science Prize is a privately funded science prize established by a group of renowned scientists and entrepreneurs in 2016 to promote scientific breakthroughs and innovations in the Greater China region including mainland, Taiwan, Hong Kong and Macau.

Professor Zhang Jie won in the physical sciences category for his development of laser-based fast electron beam technologies, and their applications in ultrafast time-resolved electron microscopy and fast ignition for research towards inertial confinement fusion.

Professor Simon Sze Min won the mathematics award for his contributions to understanding carrier transports at the interface between metal and semiconductor, enabling Ohmic and Schottky-contact formations for scaling integrated circuits at the “Moore’s law” rate during the past five decades

How Bitcoin Has Behaved After El Salvador Adopted It As Legal Currency?

Armaan Jain and Anissa Malhotra: Everything to Know About Bollywood’s Couple of the Hour
2020-02-03