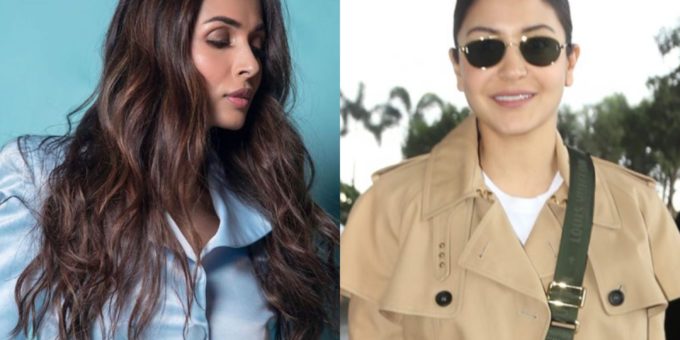 The power suit was having a major moment in 2019 and the trend is all set to reign supreme in 2020. From bold hues, to exaggerated shoulders to structured silhouettes, power suits have become the ultimate wardrobe staple for every fashionista. While the power suit is here to stay, it may get an unconventional twist, and there is proof in recent looks sported by Bollywood starlets Anushka Sharma and Malaika Arora.

Bollywood is often a place where we seek style inspiration from and is often the benchmark for trends are formed and first seen. With that being said, we spotted Anushka Sharma and Malaika Arora both sporting a cropped jacket with their matching separates and we think the trend is about to catch on.  If you’re not well versed in what a cropped jacket is then we’re here to tell you. Just like a blazer a cropped jacket features a lapel, buttons and sometimes pockets. It can also be double breasted and is often worn buttoned up.

Anushka Sharma was spotted in spotted at the airport and left heads turning for all the right reasons as she turned up in a cropped tan coloured jacket. She wore the cropped jacket under which she wore a white tee. The Zero actress had her hair parted in the middle and slicked back in a bun and rounded off her look with a pair of dark sunnies and white kicks. What we love most about Anushka’s look is her uber edgy Louis Vuitton cross body bag which makes her stand out from the crowd.

The cropped jacket can be a versatile piece to have in your closet, as it can be dressed up or down and taken from a quick lunch with the girls to a dinner date. Case in point, Malaika Arora! Malaika Arora donned the cropped jacket in an icy blue colour and was teamed with a pair of pants in a matching colour. Her cropped jacket gave out all the luxe feels as it was in a satin fabric and also featured exaggerated, statement shoulders. 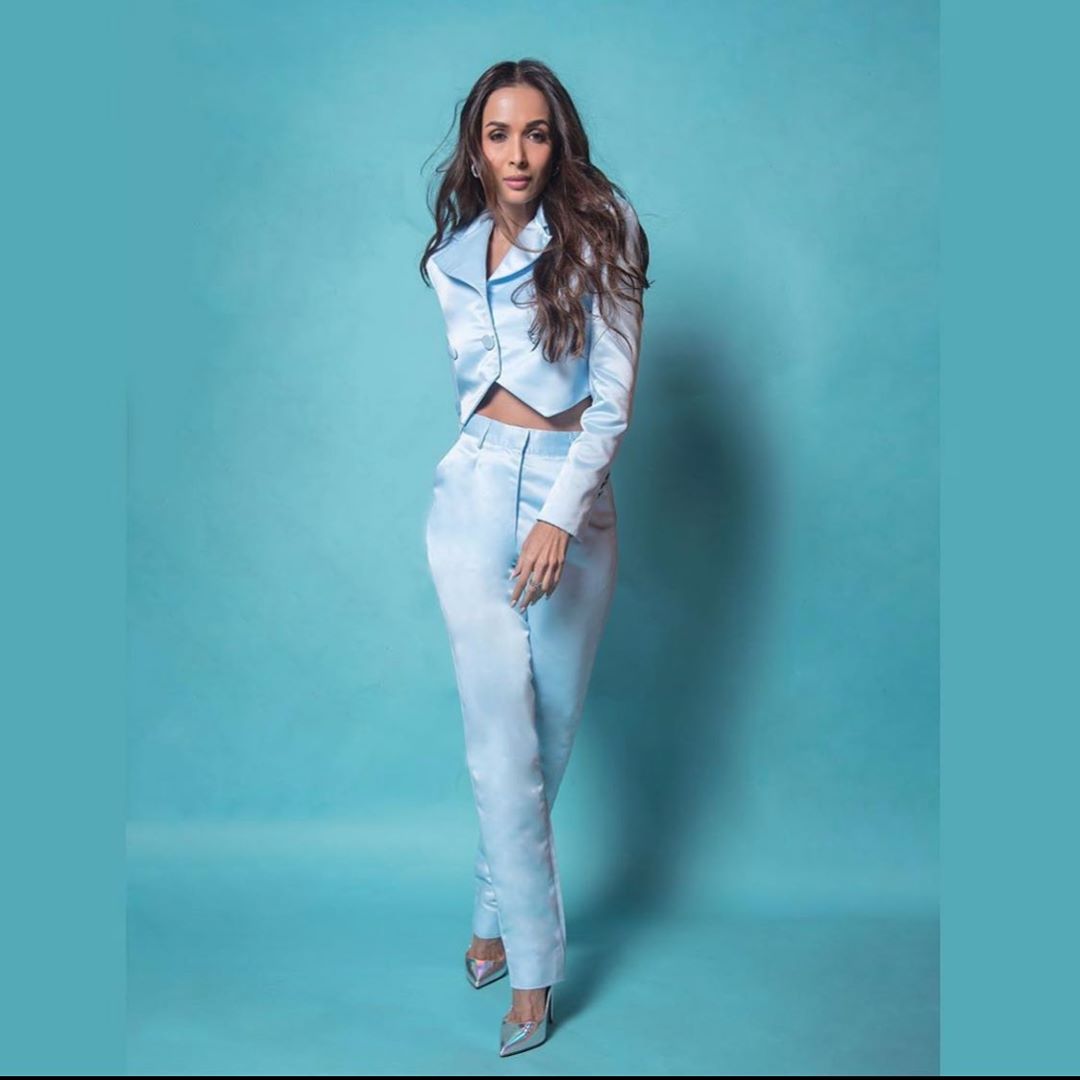 The cropped jacket featured statement buttons and also showed off her toned midriff. Malaika Arora completed the look with a pair of metallic pointed heels and minimal accessories, save for a pair of silver hoops. The diva, who is an avid user of social media, had her hair styled in loose waves parted in the middle and opted for an all-natural makeup look. She had  minimal eye makeup to accentuate her eyes, a peachy glow and a nude pout.

After looking at these two looks, it is clear to see that cropped jackets are a great way to make a sartorial statement. With these Bollywood starlets rocking the look, we think the trend will most certainly catch on, and will definitely go a long way this season.