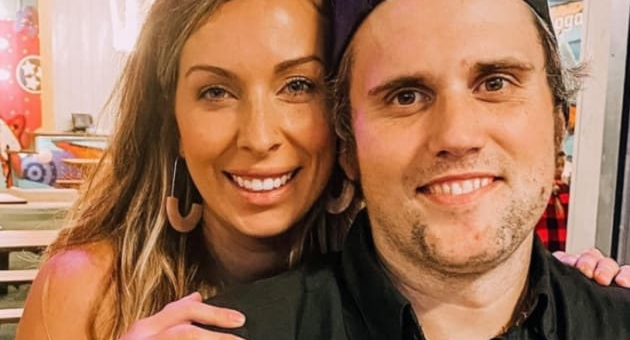 The relationship between Ryan Edwards and his wife, Mackenzie, is …


Well, it sure is something else, we’ll say that.


Things were weird with them since the beginning — they started dating in 2016 when she was 19 and he was 28. She’d just got divorced from her first husband, her high school boyfriend who was also the father of her first child.


Not too long after they started dating, Ryan proposed, and a few months after that, they got married.


But it wasn’t your average ceremony, because all throughout their very short courtship, Ryan was struggling with an addiction to heroin.


So instead of having the more traditional wedding Mackenzie had wanted, they got married in a parking lot with only Ryan’s parents and his dog in attendance.


Ryan was also super high, to the point where he was nodding off while driving himself and his soon-to-be bride to the ceremony.


Pretty much immediately after that disaster, he went off to rehab, but he left early and it soon became clear that his first try didn’t take.


Teen Mom fans believed that he didn’t appear to be clean, and it turned out to be true — he was arrested twice in 2018 for violating his probation.


What probation? The probation he’d been placed on after his arrest in 2017 for heroin possession, just two months before his wedding.


Oh, he also sent gross explicit messages to other women on dating apps throughout all of this, and there’s one woman that claims they actually hooked up.


All of this is tragic enough, but throughout all of this, we also heard Mackenzie blaming — wait for it — Maci Bookout for causing all of Ryan’s problems.


She made excuse after excuse for Ryan’s behavior, and judging by what we saw on the show, she really enabled the heck out of him during this time.


At the end of 2018, two major things happened: Mackenzie gave birth to her first child with Ryan, and Ryan went off to rehab for a second time.


2019 proved to be another eventful year for the couple, because Ryan kicked it off by getting arrested yet again, this time for failing to pay a bar tab.


The multiple probation violations finally caught up with him, and he served 90 days in jail.


Pretty much immediately after he was released, he and Mackenzie conceived their second child together.


Thankfully things have seemed to calm down a bit since then — Ryan hasn’t gotten arrested again, and since he and his family were fired from Teen Mom OG, we won’t be able to constantly speculate on whether or not he looks high.


And according to a new interview that Ryan and Mackenzie did together, they’re happier than ever, and they don’t even care if you think their relationship is embarrassing!


Speaking to The Sun, Ryan said “My relationship with her is great, we’ve been married almost five years now.”


Mackenzie jumped in to add “We are in a happy place at the moment. Nobody is saying that we haven’t made mistakes, because we have. But I’m not going to harp over them or live in sadness or shame over the past five years.”


“People can say that it’s embarrassing and that I have no dignity and that I’m a horrible person,” she continued, “they can say everything they want to say, that’s fine.”


She also said “We’ve been through the best days of our lives on the show, but we’ve also been through some of the worst. That is part of my story, it’s part of Ryan’s story and I’m just proud of that. I’m proud of us and how far we’ve come with our family.”


Mack repeated that general stance a few times — she didn’t love being on the show but she’s “grateful for the experience and the opportunities,” that kind of thing.


Switching gears a bit, she then said that when people say that she didn’t hold Ryan accountable during his days of active addiction, that’s just a “misconception.”


“Just because you don’t see me berate my husband on television doesn’t mean that I don’t hold him accountable for his actions or that he doesn’t hold me accountable for my actions,” she explained.


“But I’m not going to sit there and yell at somebody on television when I didn’t really know what to do in the first place.”


“If we’ve got a problem then we’ll take care of that at home,” she concluded. “All you can ask for is to do better and be a better person and try harder.”


It’s difficult because on the surface, everything she’s saying makes sense — of course people are allowed to change, and it’s wonderful if Ryan is trying to be better than he was a few years ago.


But she’s also ignoring the fact that Ryan has always been kind of an awful person.


Even way back on Maci’s episode of 16 and Pregnant, he was rude and selfish and mean, and not much has changed since then.


Addiction is a terrible disease, but with Ryan a lot of these things just seem more like character flaws, you know?


It’s also interesting that she admits that part of the reason why we didn’t see her calling Ryan out during those bad times was that she “didn’t really know what to do in the first place.”


Yeah, because Ryan was nearly 30 years old and jumped into a relationship with a teenaged single mother who had just gone through a divorce — of course she didn’t know what to do.


We hope these two really are happy together now, and that Ryan really is as healthy as they want us to believe.

Photos: Janhvi Kapoor and Varun Dhawan do aerial yoga together