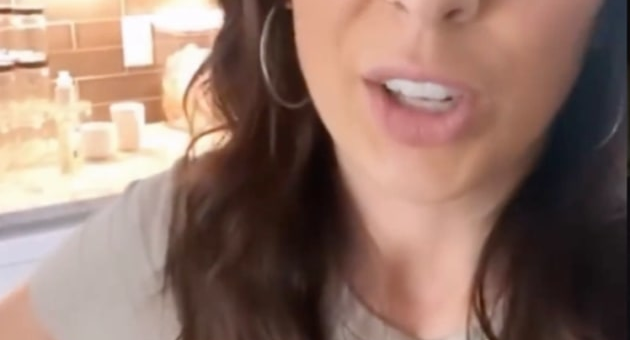 Mackenzie Standifer has been through a lot over the past few years.


Now, she should’ve known her life wouldn’t be easy when she got married to Ryan Edwards — but she probably didn’t anticipate this many ups and downs.


Back in March, Ryan and Mackenzie were fired from Teen Mom 2 at the behest of his baby mama, Maci Bookout.


Not surprisingly, it doesn’t look like Ryan is planning to look for work, so it’s up to Mackenzie to bring in some sort of income.


With three kids at home, Mack is understandably not eager to rush out and join the workforce, so she’s seeking to rake in the cash with sponsored content deals.


Unfortunately, as with everything she puts online, Standifer’s ad posts have received a seriously mixed response.


“What do you get the man for Father’s Day that has everything?” she asks in her latest post.


From there, she offers up a variety of products that might serve as potential Father’s Day gifts.


For obvious reasons, lots of folks laughed at the idea of Ryan being “the man who has everything.”


We expected that much.


What we didn’t expect is all of the snide commentary about Mackenzie’s appearance.


As far as we can tell, the biggest change to Mack’s appearance is her hair, which is significantly darker than the last time we saw her.


But lots of commenters were convinced that she’s had a significant amount of work done.


She may have had some fillers or injections recently, but it doesn’t appear that she’s gone under the knife.


Despite that, various haters slammed her as “unrecognizable” and implored her to stop getting work done.


Sadly, we’re sure Mackenzie is used to that sort of response.


To us, this just seems like another case in which trolls are taking pot shots at Mackenzie’s appearance because they take issue with her actions or her personality.


The fact is, she’s made some pretty abysmal decisions, not the least of which was getting married to Ryan Edwards.


But she’s also been through a hell of a lot in recent years.


Ryan’s heroin addiction took a tremendous toll on everyone in his life, and it’s possible that no one suffered as much as Mackenzie.


Even now, there are questions about Edwards’ sobriety, and if he is clean — something that Maci has said she very much doubts — Mackenzie still has the threat of a relapse hanging over her head at all times.


So maybe we should all just ignore our worst impulses and let her try to make a quick buck on the internet without making crappy comments about her looks.


Yes, the money she makes might go to benefit Ryan Edwards, but hopefully by now, she’s learned not to trust the guy with cash.

Courtney Stodden: Chrissy Teigen Has Been Bullying Me For YEARS!
2021-03-30