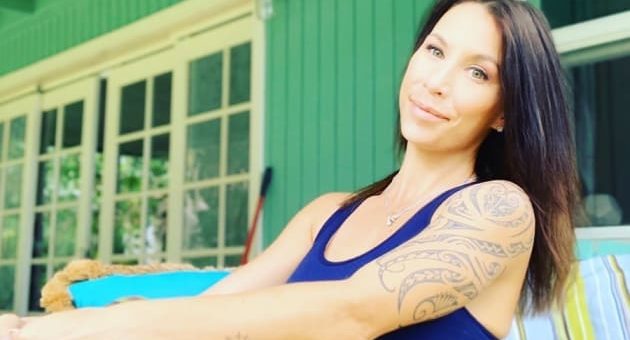 After Duane “Dog The Bounty Hunter” Chapman’s shocking proposal to Moon Angell, adult daughter Lyssa Chapman has been speaking out.


She had a lot to say about Moon even before the proposal. And now, that family argument has led to her arrest!


TMZ reports that Lyssa Chapman was arrested on the night of Thursday, January 30.


The arrest went down in Honolulu, Hawaii.


Lyssa was taken into custody on charges of harassment and of resisting arrest.


Bail was set at $600. Reports say that Lyssa has already been released.


While it has been reported that Lyssa’s arrest was the result of her role in a family argument, we don’t know the specifics.


But when it comes to the topic of the argument, we do not have to guess.


Earlier this month, he had described her as a “friend.” In a teaser clip for Doctor Oz, he asked her to become his wife.


Proposing marriage to your longtime family employee just seven months after laying your fifth wife to rest is … a lot.


Lyssa thinks that it’s too much, that Moon is taking advantage of her family.


She has shaded the woman multiple times on Twitter. At other times, she has directly called her out.


From Lyssa’s perspective, Moon has infiltrated her family and is taking advantage of her very vulnerable father.


That’s not to say that Lyssa doesn’t think that her father is making some bad decisions, too.


“My dad is a GROWN ASS MAN,” Lyssa recently tweeted. “His money. His dynasty.”


“But you can guarantee that my name is not going down in history as a person who supported this,” she explained.


As far as she is concerned, Moon is nothing but a snake.


“If someone who met your family by dating your brother, tried to date your father after your step-mom died, what would you do?” she asked fans.


Her tweet early in January continued, illustrating how she felt that Moon was moving too fast and not being respectful.


“If you went to your mothers closet and saw she moved all her clothes and replaced them with her own,” she wrote, “what would you do?”


Lyssa also took aim at Duane himself for his own behavior in what she says was retaliation — and worse — against her criticisms.


According to Lyssa Chapman, Duane tried to blackmail her in order to silence her about Moon.


She claims that he called her and threatened to tell the world about her suicide attemtps if she did not back off.


Instead, Lyssa decided to ensure that neither he nor anyone else could hold this over her head by sharing the information herself.


Duane has not admitted to the blackmail attempt. The idea of a parent trying to blackmail their own child … well, it’s happened before, sadly.


The entire Chapman family is still struggling to cope with Beth’s passing after she lost her battle with throat cancer.


For Lyssa, this means defending Beth’s memory — even if they had a complicated relationship — and trying to safeguard her family.


For Duane, struggling to cope may mean latching on to another source of love.


This summer, his grief sent him to the hospital. Loving again, even if it means a sixth wife, may feel like his only chance at keeping the will to live.