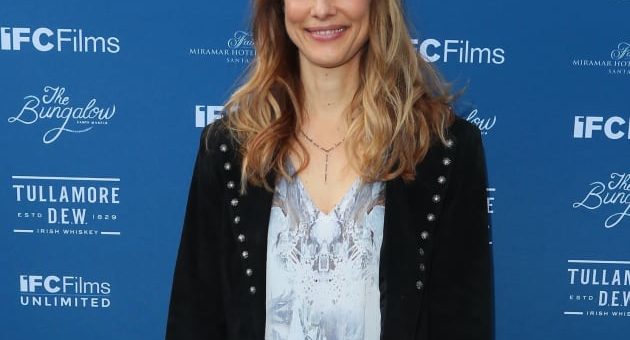 Lynn Shelton, a filmmaker and director of critically-acclaimed independent movies and television shows, died suddenly on Friday of a rare blood disorder.


Shelton’s her publicist, Adam Kersh, confirmed the tragic news, according to The Hollywood Reporter.


Shelton, who began her career as an actress and photographer in her twenties, starting making films about two decades ago.


She’s best known for her award-winning films including 2009’s Humpday, 2011’s Your Sister’s Sister, 2018’s Outside In and most recently, she directed four episodes of the Hulu series Little Fires Everywhere.


She was also behind the camera for episodes of The Mindy Project, GLOW and Mad Men.


“I have some awful news. Lynn passed away last night,” comedian Marc Maron, who was Shelton’s romantic and creative partner for the past year, shared in a statement with IndieWire.


“She collapsed yesterday morning after having been ill for a week…It was not COVID-19. The doctors could not save her. They tried. Hard.”


Maron worked with Shelton on Netflix’s GLOW and wrote that he was “in complete shock,” simply trying to comprehend how to move forward after the loss.


She was a beautiful, kind, loving, charismatic artist. Her spirit was pure joy. She made me happy. I made her happy. We were happy.


I made her laugh all the time. We laughed a lot. We were starting a life together. I really can’t believe what is happening. This is a horrendous, sad loss.


Other fans, friends and former colleagues of Shelton have also taken to soecial to express their condolences and pay tribute to the late filmmaker and director.


“We lost our dear friend Lynn Shelton,” wrote Mark Duplass, who starred in Shelton’s Your Sister’s Sister on Twitter.


“We made so many things together. I wish we had made more. Her boundless creative energy and infectious spirit were unrivaled. She made me better. We butted heads, made up, laughed, pushed each other.


Elsewhere, When They See Us creator and director Ava DuVernay also shared her fondest memory of Shelton.


“Lynn Shelton changed my life when she handed me the Directing Award at Sundance in 2012,” the director wrote on Twitter.


“She announced my name with pride. Handed it to me with love. Rooted for me long after. I can’t believe I’m typing this. Rest In Peace, Beauty.


“Thank you for your films. And for your kindness.”


In her own post, Mindy Kaling mourned as follows:


“Lynn Shelton loved actors and we loved her back. She was a dream on set.


“Her lovely, sunny energy was infectious and actors always drifted to video village between takes to be around her.


“She had such a quiet power and I will miss her. Rest In Peace, Lynn. Love you.”


We’ll give the final words to Reese Witherspoon, who starred in Little Fires Everywhere and also produced the drama:


I’m so devastated to hear about Lynn Shelton’s passing yesterday. I’m in complete shock that this vibrant, talented, and soulful filmmaker is no longer with us. Lynn was so passionate about our show, Little Fires Everywhere.


She said the book truly spoke to her, and that she longed to direct a show that spoke meaningfully about motherhood, sexuality, race, and class in America. And she did.


She cared deeply about the WHOLE cast and crew, making sure we all felt heard, seen and appreciated. Lynn also shared so much of her life with us.


Her love of her son, how motherhood changed her life, her life changing decisions that made her the woman she was. I feel so fortunate that I got to collaborate with Lynn on both The Morning Show and Little Fires Everywhere.


Her spirit touched so many people in the filmmaking world.


Her memory lives on in our vivid days together on set and in her wonderful films.


Please watch her work and see her talent for yourself. #RestInPeaceLynn.


Shelton is survived by her former husband of eight years, Kevin Seal, and their son Milo.


May Lynn Shelton rest in peace.

Coronavirus: Olympic Chief Calls For “Vigilance And Patience” Ahead Of Tokyo Games