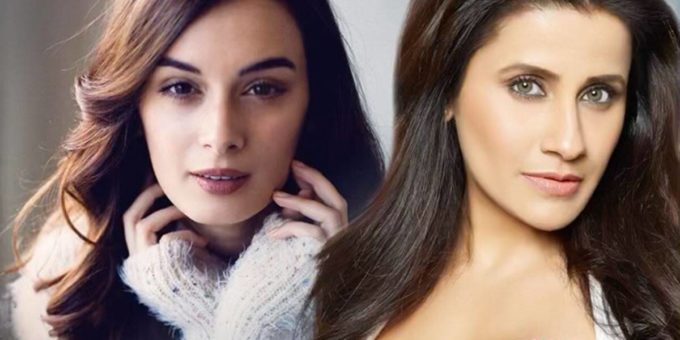 The fifth episode of Evelyn Sharma’s new podcast Love Matters is out. The podcast, hosted by the Bollywood actor, discusses everyday issues that people face in their daily lives. In the latest episode, Evelyn, who is a working mom-to-be, is joined by celebrity fitness trainer and mom Yasmin Karachiwala to talk about her journey balancing the two careers and her tips for new parents. The podcast has been produced by The Indian Express and DW (Deutsche Welle).

Yasmin explained how her work had actually helped her raise her own children. She said, “I actually got into fitness when I was 21. That’s when I did my first training abroad, but I was already teaching at a studio, simultaneously. That brings out the teacher’s tone in my voice and I used to teach little kids. Down the line when I had my own kids, that helped me raise them, knowing the psychology of children because that’s what we studied in early childhood care and education.”

She added that she had also faced much criticism by her friends during the early years. Yasmin said,  “One of the things that I realised, is it’s really important to spend quality time with your kids, rather than quantity time. It stems from the guilt factor in India that ‘I’m not spending too much time’ and of course the environment makes you feel that as well. I remember when I was raising kids and working, a couple of friends would whisper behind my back and say, ‘When does she find time to be a mother?’”

Yasmin acknowledges the support that her husband and in-laws gave her when she had children. She revealed that at first, her husband kept asking if she had taken maternity leave from work. “He would keep saying, ‘make sure your maternity is three months and you can’t go back to work before that.’ And I was like ‘yes, I know, my body and my mind will need it’. I was working at a French International school at the time in Mumbai, I used to teach in the evenings. I took my three months off.” Later, her husband himself told her to return to work.

Explaining how her work changed after her children were born, Yasmin said, “My work changed 360 degrees after I became a mom. It was very difficult initially, and I started calling people to my house to train instead of going to theirs. That was the first shift in my work. I needed to be there for my children while they were growing up. It saved time, they didn’t have to invest in equipment, because I did. On a personal note, I was always at home. My career grew from there.” Yasmin also mentioned that she made it clear at the beginning of her marriage that she wanted to work. She said that one needs to set goals about their career, whether it’s just a job or if they want to make a difference.

She explains the advice she gives people, “I tell my girls, it’s completely alright if you don’t want to work, if you want to focus on building your life with your new family, then take time off, like working part-time or six months.” Yasmin said that she would rather not lose a good employee, instead of someone who works fewer hours.

Evelyn also added, “I’m in a similar situation, I’m becoming my mom. It’s my first time experience of not wanting to work, learning to slow down. It is a big privilege that I can do that.” Evelyn also talked about the benefits of the work-from-home situation that emerged during the pandemic.