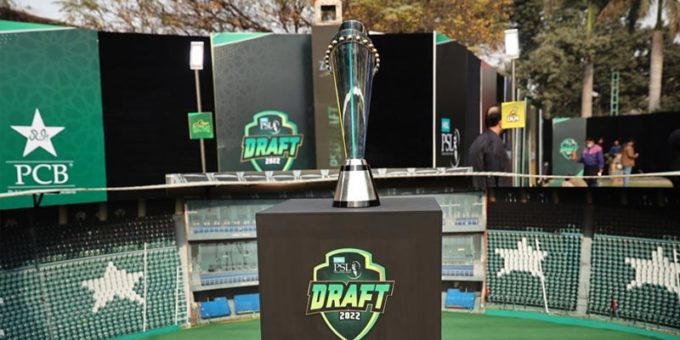 Over 425 players from 32 countries are participating in the Pakistan Super League season seven draft where franchises will complete their 18-member squads.

The event will take place at the National High-Performance
Centre today at 4.00 pm.

HBL’s CEO Arif Habib Corp Arif Habib has promised one drop-in pitch in Lahore and the other in Karachi to the PCB in the next month or so. It will cost PKR 30.7 million. 30 hybrid pitches to be launched in different schools of Pakistan too.

Chairman PCB Ramiz Raja said, “I recently witnessed pitches during firstclass season and felt disappointed. Pakistan has to curate better pitches to win in SENA. Arif Habib has announced two drop-in pitches for PCB worth 37Cr PKR which will be installed in Karachi and Lahore”

Here is what Ramiz Raja said at the start of the ceremony:

“PCB and franchise owners need to be on the same page, especially with regards to leadership and nurturing of players, in order to take our country’s cricket forward.”

Your views on #ZalmiRetentions for PSL 7❓⚡

A big match player who proved how dangerous he can be with the bat 🏏 especially at the crunch time. @Rileerr has been retained. #SultansRetentions #HBLPSLDraft pic.twitter.com/Oth4puFP1H