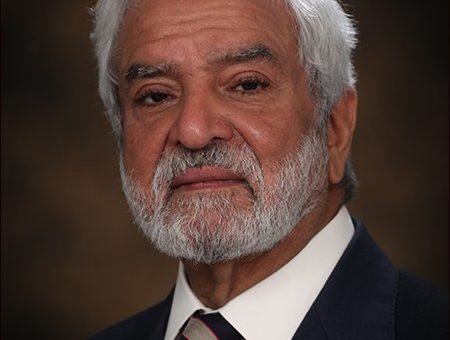 Ehsan Mani, chairman of the Pakistan Cricket Board (PCB) has spoken of his hopes as Pakistan ahead of their tour of England this summer.

Ehsan Mani, chairman of the Pakistan Cricket Board since 2018, is one of the most experienced and high-achieving cricket administrator in the world. As well as his present post, he served on the International Cricket Council from 1996 to 2006 and played a leading role in the transformation of world cricket.

He is the guest of Peter Oborne and Richard Heller in their latest cricket podcast.

Anticipating Pakistan’s series of three Test Matches and three T20s, he predicts that an exciting team will adapt to the bio-secure conditions and picks out three talents he expects to shine.

He describes his dramatic appointment by Imran Khan (by telephone and Twitter) to his present post and explains how Pakistan cricket is governed – and how much influence Imran exercises over it as Prime Minister and Patron.

He outlines his own plans to reform Pakistan’s first-class structure, decentralise power and responsibility, and multiply opportunities and support for young players.

He shows how he and the PCB cope with a litigious cricket environment, where almost any aggrieved party can find a court to launch a “public interest action” against them. (His estimate is that there are 24 current cases against the PCB.)

He gives an account of the PCB’s efforts to overcome politics and resume bilateral cricket relations with India.

He shares his hopes for more international visitors to Pakistan after COVID, in the greatly improved security situation and after highly successful tours from Sri Lanka, Bangladesh and the MCC, led by Kumar Sangakkara, a victim of the attack in Lahore in 2009.

Pakistan is eager not only for an early England team visit but for tours from schools, colleges and private groups, and for English players to join Pakistan’s new first-class teams.

Looking back, he describes how he “stumbled” into cricket administration and his achievements as a negotiator for the ICC. These led to cricket’s “Big Bang” in the 2000s and generated immense new sums from the sale of media rights.

These transformed the ICC from an obscure committee, whose members argued over expenditures of a few thousand pounds into a financial powerhouse for global cricket.

He reveals how he pushed for a share of this money to grow cricket worldwide – and how the Chinese authorities were eager to make cricket take off in their country.

Earlier, he responds to the announcement of a peerage for Ian Botham (who made an infamous disparaging remark about Pakistan). “As a cricketer, he probably deserves it, one of the greatest all-rounders England has had. I don’t like cricket and politics coming together. I feel he’s been used a little bit,  and been given a peerage for the wrong reasons.”

The Podcast can be heard here