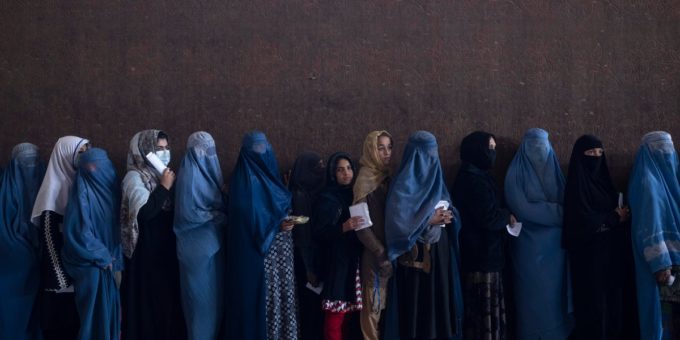 LONDON: Dozens of female former Afghan government officials seeking refuge in Turkey have lamented their treatment at the hands of the Turkish government.

Cut off from their bank accounts, which have been frozen by the Taliban, dozens of women have said they are struggling to access nourishing food, medical support, and education for their children.

A former senior minister, who did not want to be named, told The Independent: “We don’t have any direction. We never thought the country would collapse in August suddenly. Right now we don’t have any opportunities.”

The politician, 56, has been in Turkey for four months, but has been unable to access financial support, leaving her family, which includes a severely disabled daughter, simply “sitting in the house.”

Speaking on behalf of 35 female Afghan politicians, including ministers and deputy ministers, she said: “We don’t have any support from the Turkish government. There is no welfare support for immigrants. No medical support, no education, no financial support. I have three daughters. They can’t go to school as the cost of education is too high.”

She added: “It is really, really challenging. I did not cry for three or four years, now I’m crying every day, as we don’t have any future.”

The former minister said the uncertainty of their situation is exacerbated by a lack of clarity over their right to remain in Turkey.

She added that she and her former colleagues had only been issued temporary six-month visas, and they are unsure if they will be able to renew them.

The anonymous politician said they feel abandoned by the West, having had multiple asylum applications ignored.

Despite visiting the UK twice during her tenure in the Afghan government, she said her asylum applications to Britain had gone unanswered three times.

The same had happened for citizenship applications to Germany, France, Italy, Canada and other countries.

“We are now eating cheap, basic food,” she said. “We had a big house in Afghanistan. All of the luxuries. We came to Turkey with nothing. The Taliban froze our bank accounts. We were on the frontline, standing up for human rights and women’s rights in Afghanistan, and now the international community ignores us.”

Heather Barr, associate director of the women’s rights division at Human Rights Watch, told The Independent that the hardship faced by female politicians and campaigners who have escaped Afghanistan is “sadly really familiar.”

She said: “The number of people who feel like they have no choice but to escape Afghanistan is so much larger than any country has been willing to resettle.

“Their situation is incredibly precarious … they have no ability to resettle (in Turkey) permanently. No ability to renew their visas. No ability to work and earn an income and send their children to school.” She added: “It feels like the door is slamming in Afghan refugees’ faces.”