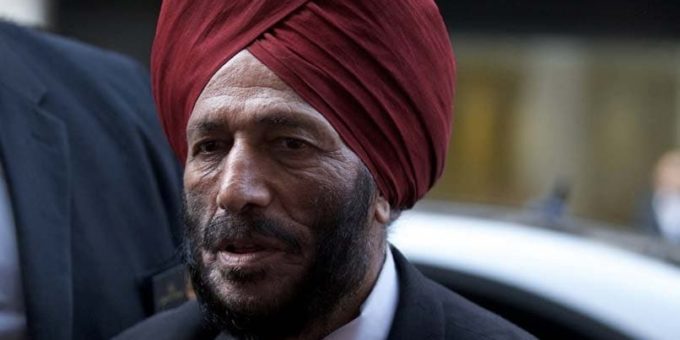 Legendary Indian sprinter Milkha Singh died on Friday due to complications caused by COVID-19. He was admitted to the Intensive Care Unit (ICU) of a hospital in Mohali on May 24. The 91-year-old had tested positive for COVID-19 on May 19 but was in home isolation at his Chandigarh residence after revealing that he was asymptomatic. However, a few days later, the legendary athlete was admitted to the ICU of Mohali’s Fortis hospital due to “COVID pneumonia”.

“It is with extreme sadness that we would like to inform you that Milkha Singh Ji passed away at 11.30 pm. on the 18th of June 2021,” his family announced in a statement.

“He fought hard but God has his ways and it was perhaps true love and companionship that both our mother Nirmal ji and now Dad have passed away in a matter of 5 days,” the statement further added.

Milkha Singh’s golfer son Jeev Milkha Singh had earlier told PTI that the decision to hospitalise him was a precautionary measure.

“He has been hospitalised. He was weak and not eating since yesterday, so we had to hospitalise him. Though his parameters seemed alright, we thought it is safer to have him admitted where he would be under supervision of senior doctors,” Jeev had told PTI.

“He is under good care of doctors there. He is a strong man, always positive and will recover soon,” added the golfer, who reached Mohali on Saturday from Dubai after his father tested positive.

Popularly referred to as the ‘Flying Sikh’, Milkha Singh made his name in the track and field, winning four gold medals at the Asian Games. He also won a gold at the 1958 Commonwealth Games in Cardiff.

He narrowly missed out on an Olympic medal, finishing fourth at the 400m final of the 1960 Rome Games.

Milkha Singh finished the race in a time 45.73 seconds. It remained a national record for nearly 40 years before Paramjeet Singh surpassed it in 1998.

Milkha Singh had also taken part in the 1956 and 1964 Olympics. He was conferred the Padma Shri, India’s fourth-highest civilian honour, in 1959.

Dear Massi, The guy who proposed to me is also flirting with my friend on Instagram
2021-02-20