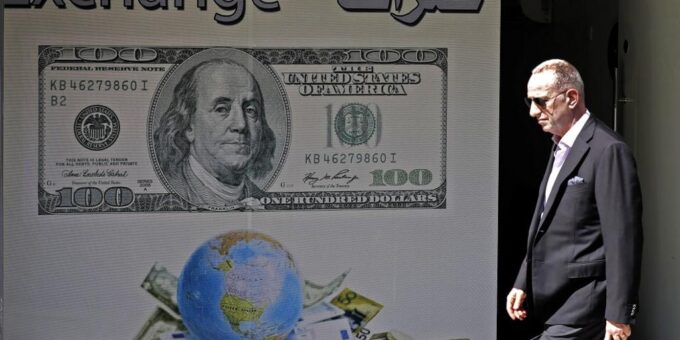 BEIRUT: Foreign workers in Lebanon are seeking repatriation because the country’s dire economic situation has left employers unable to pay them.

Many Lebanese people have ditched their foreign domestic help to avoid the cost of repatriating them to their home countries, or returned them to the employment agencies they were recruited from.

Domestic workers have also run away after employers stopped paying their salaries, seeking refuge in the embassies of their home countries in their bid to be evacuated.

There are more than 150,000 foreigners working legally in Lebanon, and 80,000 working illegally.

“We received videotapes of the detention of some 26 Filipino female workers, including a pregnant woman, in a building adjacent to their country’s embassy in the Hadath area in the southern suburb of Beirut more than 35 days ago,” Bassam Kantar, a member of Lebanon’s National Human Rights Commission, which includes the Committee for the Prevention of Torture (LNHRC-CPT), told Arab News. “They were kept in a room in poor conditions. We visited the embassy and talked to the officials. There are more than 100 other workers inside the consulate awaiting repatriation.”

Kantar said that the LNHRC-CPT had been contacted by other foreigners requesting repatriation, especially those who were working illegally. “The LNHRC-CPT contacted Lebanese General Security and it decided to exempt the employees from paying the residency allowance and fines. But it is unable to return them to their countries because it is the responsibility of their embassies.”

He said that there was cooperation between the International Organization for Migration and Lebanese General Security to transfer such workers through planes belonging to airlines of other countries that were carrying workers of other nationalities.

Some airlines refused to send empty planes to Lebanon due to huge losses, he said, but explained the biggest problem related to workers from countries with which Lebanon had no diplomatic relations.

Bangladeshi janitors at RAMCO are still waiting for the company’s promise to pay their salaries in dollars, not in Lebanese pounds, based on the official dollar exchange rate of LBP1,515.

Dozens of these workers protested at the company’s premises last week, and Kantar described the firm’s behavior as “modern-day slavery.”

The General Directorate of General Security announced on Saturday that it had started organizing trips to evacuate foreign workers willing to return voluntarily to their countries in coordination with the relevant departments and embassies.

The directorate said that, starting May 20, the repatriation of Egyptian and Ethiopian nationals would begin through Rafic Hariri International Airport in Beirut, and that coordination was also taking place with those concerned to secure additional flights for other nationalities.

Separately, more than 1,000 Syrian workers and their families who tried to leave Lebanon because they could no longer afford to live there have been stuck at border points after Damascus refused to allow them in. They have been forced to sleep in the open, without food or drink.

“These people live in the open, and they are starving,” a security source at the Al-Masnaa border crossing told Arab News. “Lebanon cannot do anything for them except offer humanitarian assistance, while the Syrian regime does not want to open the borders for them yet. They are chasing freight cars that cross the borders between the two countries to request a loaf of bread or a drop of drinking water.”

David Warner turns into Baahubali in his latest TikTok video