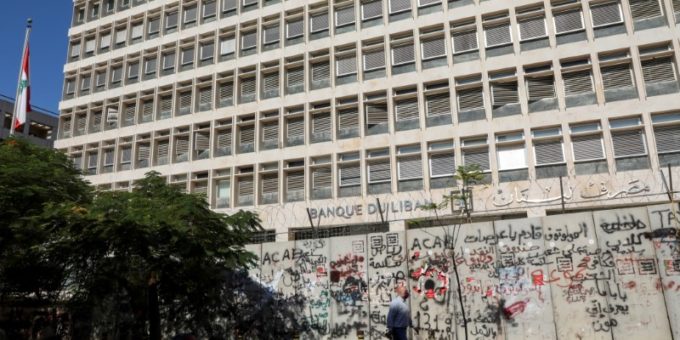 
DUBAI: A combination of chronic underfunding of public health services and long-term socio-economic trends resulted in a tenuous and uneven recovery for the Middle East and North Africa region as it emerged from the COVID-19 pandemic, according to a recent World Bank report.


Titled, “Overconfident: How economic and health fault lines left the Middle East and North Africa ill-prepared to face COVID-19,” the report highlights the stress MENA health systems were under even before the pandemic hit.


The study says that a bloated public sector and excessive national debt crowded out investment in MENA countries in social services such as health — a symptom it described as “fiscal myopia.” In turn, that shifted some health costs to individuals.


Another symptom of stressed public health systems was the low share of government spending on preventive healthcare, a drawback that contributed to high rates of communicable and non-communicable diseases.


The report found that the region’s public health systems were not only ill-prepared to absorb the shock of the pandemic but also that authorities were guilty of over-optimism in self-assessments of their health systems’ preparedness. The survey referred to this as “overconfidence.”


Experts say the World Bank report has revealed the extent of the region’s social and economic inequalities, caused in large part by poor governance and skewed policy priorities. However, they caution against a generalizing that tends to gloss over differences at local levels.


Dr. Theodore Karasik, a senior adviser at Gulf State Analytics, told Arab News: “The lesson is about turning around priority within government budgets and other outside help besides having in place a much better healthcare system.


“However, the countries of the region all had different types of experiences and the lessons learned are going to be unique to those spaces.”


MENA governments responded to the COVID-19 pandemic in their own ways, depending on the resources and infrastructure that were on hand. Many worked within the international system or cooperated with regional donors to secure vaccines and medical supplies.


Some countries, especially the Gulf Cooperation Council energy exporters, were able to organize a rapid response to the pandemic thanks to robust systems and better preparation. “The models set up in the Gulf are extremely useful to compare and contrast on how they worked,” Karasik said.


“These models are working and there is evidence of them being used in other countries. So, leaders are applying what they see as the best methods.”


Some MENA governments that were slow to respond to the global virus outbreak, later adopted many of the same practices as their GCC counterparts, recognizing that disease control needed to be a far greater priority.


However, given the sharp differences in the region’s socio-economic circumstances, with some countries even categorized as fragile or failed states, emulation of GCC practices was no magic bullet. The UAE and Lebanon, for instance, were worlds apart in their respective vaccine rollouts.


“The differences between an urban versus a rural environment and how violence can mitigate treatment is a key issue that governments and health practitioners (must take into account),” Karasik told Arab News.


The estimated cumulative cost of the pandemic in terms of gross domestic product losses in the MENA region by the end of 2021 will amount to almost $200 billion. According to the World Bank report, the region’s GDP contracted by 3.8 percent in 2020 and is forecast to grow by just 2.8 percent this year.


Ferid Belhaj, the World Bank’s vice president for the MENA region, said: “The pandemic’s crippling impact on economic activity in the region is a painful reminder that economic development and public health are inextricably linked.


“It is also a sad reality check that MENA’s health systems, which were considered relatively developed, cracked at the seams under the crisis.”


Thirteen out of 16 countries in the region have lower standards of living in 2021 than their pre-COVID-19 levels, the report said. But for individual countries, the growth rate of GDP per capita in 2021 has been uneven, ranging from -9.8 percent in Lebanon, which is in a deep recession, to 4 percent in Morocco.


Roberta Gatti, the World Bank’s chief economist for the MENA region, said: “The last two years have shown that pandemic control is essential not only to save lives but also to accelerate economic recovery, which is now tenuous and uneven across MENA.”


Dr. Albadr Al-Shateri, a former politics professor at the National Defense College in Abu Dhabi, says the events of the past two years have exposed serious weaknesses in the pandemic preparedness of not just the MENA region but in fact the entire world.


“Health security has not been prioritized as much as traditional security concerns. Governments invest heavily in all kinds of weapon systems, but less in health security,” he told Arab News.


To prevent a repeat of the COVID-19 calamity, Al-Shateri said, the international community, and the MENA region in particular, must work harder to coordinate their efforts.


“The region has got to establish, in cooperation with the World Health Organization and other centers of excellence, a center for disease control for the region. The world and regional powers should contribute to such an endeavor,” he said.


Such an approach to fighting infectious diseases will benefit the entire MENA region, according to Al-Shateri. Specifically, developed and affluent countries should extend aid to the less-fortunate nations, and a regional forum for countering diseases should help drive health security.


In conclusion, Al-Shateri said: “All epidemics are potential pandemics, and their consequences are catastrophic for the region and the world. The region must put in place collective efforts to stop any disease dead in its tracks.”


Few experts have been surprised by the World Bank’s findings, considering that many of the fundamental weaknesses highlighted by the report — low expenditure on public health, critical health infrastructure deficits, lack of human resources and equipment — are not unique to MENA countries.


“This is nothing new,” Dr. Richard Sullivan, director of the King’s College London conflict and health research group and principal investigator and chair of the R4HC-MENA program, told Arab News.


“(What is needed is) future resilience to epidemics and pandemics, intrinsic strengthening of basic public health systems, and a complex and heterogeneous picture across the region.”


Dr. Adam Coutts, a research fellow at Harvard University’s Weatherhead Center for International Affairs, says the key lesson to be drawn from the past 10 years is that public health and social welfare in countries such as Lebanon have been low political priorities.


“One can safely say that they do not care about the health and well-being of their populations,” Coutts said.


“Also, donor governments and multilateral agencies have let countries like Lebanon, Iraq, and Syria get away with minimal investment in public services for decades. Meanwhile, millions cannot access healthcare due to out-of-pocket costs.”


Apparently, people in countries such as Lebanon spend as much as Germany on healthcare as a proportion of GDP, but much of the money is poured into the private health system.


“Lip service is paid to policies such as universal healthcare in the region. We have yet to see any concrete steps taken in terms of actual political will, investment, and on-the-ground change,” Coutts said.


He said the pandemic has exposed just how hollowed-out some of these MENA states’ infrastructure really was to start with. Although these countries were badly hit by conflict and humanitarian crises, the “internal rot” had set in years before.


“Above all, the crisis shows that the political economy of health is a key area that needs to be addressed when examining the region and designing recovery policies.”


In Coutts’s opinion, Jordan and the GCC countries have shown that the rule of law, stability and providing social protection are crucial if a nation is to withstand a shock such as COVID-19.


Most MENA countries, however, have not yet returned to pre-pandemic conditions and Coutts does not foresee Lebanon, for instance, recovering in the next few years as they are “too far gone and politically sick.”


He says that under the circumstances, donors and multilaterals must make aid conditional upon major social and economic reforms, which provided good social protection policies.


“Politicians in laggard countries will maintain they are trying to change but they are in fact not,” Coutts said.


“Only punitive measures work in these circumstances, I am afraid, otherwise nothing happens on the ground.”

Before the Astroworld Tragedy, Travis Scott’s ‘Raging’ Made Him a Star