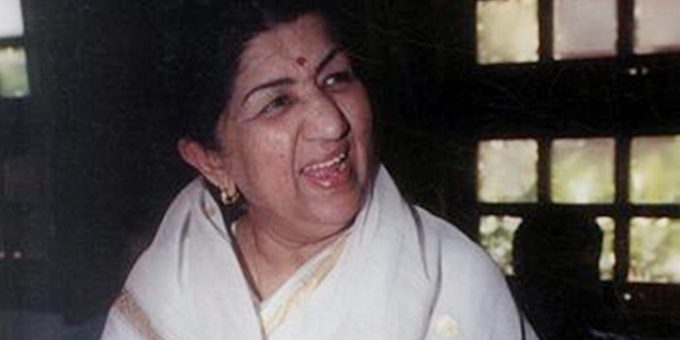 Known to be extremely down-to-earth, Lata Mangeshkar once said her singing wasn’t some sort of miracle, nor was it extraordinary. She attributed her success and talent to God’s will, as ”many have sung better than me, but perhaps they didn’t get as much as I did”. She was also of the view that one must not let success get to one’s head.

”I am very grateful to God that my success hasn’t had a detrimental effect on me. My head could have turned; I could have thought no end of myself,” she had contended.

”If I am gifted, it is by the grace of God. Who could have imagined I would be so famous? All right, I can sing but my singing wasn’t some sort of miracle. My singing is nothing extraordinary. Many have sung better than me, but perhaps they didn’t get as much as I did. It is His kindness alone. So how could I lose my head?” These remarks were made in a book ‘Lata Mangeshkar… In Her Own Voice, written by TV producer and author Nasreen Munni Kabir and published by Niyogi Books in 2009. The book was based on Lata in Her Own Voice, a six-part documentary series that Kabir directed in 1991 and was produced by Hyphen Films Ltd for Channel 4 TV in the UK.

Based on Kabir’s conversations with the legendary singer, the book sheds light on the work and life of the extraordinarily gifted, deeply modest and God-fearing Mangeshkar.

The singer also mentioned how she used to make all kinds of excuses when she was mastering her craft.

”I was very young and preferred to play. I pretended to have a headache or stomach ache. It was always something. I would run from the room where Baba taught me. Sometimes he would catch hold of me and bring me right back. I would protest saying: ‘I feel shy to sing in front of you. I’m scared.’ One day Baba sat me down and said: ‘I know I’m your father. But a father is like a guru too. Always remember – whether a guru or father is teaching you – when you sing you must think to yourself you will sing better than him. Never think how can I sing in his presence. Remember this. You must excel your guru.’ I have never forgotten Baba’s words,” she said in response to a question on lessons she learnt from her father, musician and theatre artist Deenanath Mangeshkar.

Mangeshkar also went on to say how film music wasn’t hugely appreciated at her home. The family preferred classical music.

”Baba didn’t like films. We weren’t allowed to go to the movies – except for films made by the Marathi filmmaker Bhalji Pendharkar and Calcutta’s New Theatres. Baba believed their productions had good music and sensible stories. He always liked Saigal Sahib and so did I. At home I sang his songs, especially ‘Ek Bangala Bane Nyaara’ from the film President. I was allowed to sing Saigal Sahib’s songs at home but no other film songs. Nor did I care much for them,” she said.

So how did Mangeshkar finally manage to change the mind of her father, who didn’t like the idea of acting in films or singing for them but loved theatre? As a child, she once convinced one of her father’s disciples to allow her to portray a role in a play. He reluctantly agreed and she played her part. But when Mangeshkar’s father came to know about it, he was furious. His wife, however, tried to calm him down and pleaded that the child should be left to have her way.

”He didn’t say another word to me. I don’t know what came over him, but soon after that, he asked the playwright Kothiwale, who had previously worked with him, to write a children’s play for me. Kothiwale wrote ‘Gurukul’ in which I played Shri Krishna and my sister Meena was Sudama,” she recalled.

She went on to play smaller roles in films after her father’s death to support the family before venturing into full-time singing. Among her other loves was photography.

”In 1946, I was on an outdoor shoot and took a picture of someone who was standing by a river. I became intrigued by photography. I told Madhavrao Shinde, the film editor, about my interest and he taught me the basics: how to load film and the kind of camera I should buy. The first stills camera I ever owned was a Rolleiflex. I bought it for Rs 1,200,” she said.

But Mangeshkar could not always enjoy photographing landscapes as ”every time I stepped out of the car to take a picture, someone or other would recognise me and start talking to me. Soon a crowd would gather and I could barely see the landscape beyond the wall of fans”.

She was also an avid cricket fan. ”The first Test match I saw was with my sister Meena at the Brabourne Stadium in Bombay in 1945 or maybe 1946 – it was a match between Australia and India.” Some of the players she liked and saw them play, include Gary Sobers and Rohan Kanhai (both West Indies); Richie Benaud, Ray Lindwall, Alan Davidson and Neil Harvey (all from Australia) and India stars like Mushtaq Ali, Vinoo Mankad, Vijay Merchant, Mansoor Ali Khan Pataudi, Sunil Gavaskar and Sachin Tendulkar.

Mangeshkar even had a signed photograph of Don Bradman on which he wrote: ”To Lata!” As time passed, she began watching cricket on the television.

Some Plants May Do More Harm Than Good In Your Plant-Based Diet. Find Out Which Ones
2019-10-25