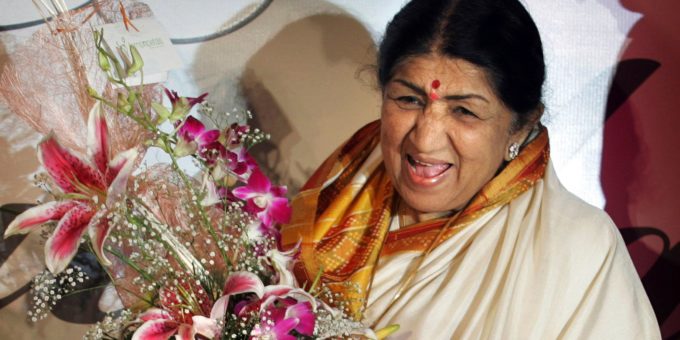 Lata Mangeshkar, a legendary Indian singer with a prolific, ground-breaking catalogue and a voice recognised by a billion people in South Asia, has died aged 92.

India declared two days of national mourning and said Mangeshkar would be given a state funeral and that the country’s flag will fly at half-mast, the public broadcaster Doordarshan said on Twitter.

Condolence messages poured in immediately after her death was announced.

“I am anguished beyond words,” Prime Minister Narendra Modi said in a tweet.

“She leaves a void in our nation that cannot be filled. The coming generations will remember her as a stalwart of Indian culture, whose melodious voice had an unparalleled ability to mesmerise people.”

Over the course of nearly eight decades, Mangeshkar was a major presence as a playback singer, singing songs that were later lip-synced by actors in India’s lavish Bollywood musicals. She was also fondly revered as the “Melody Queen” and “Nightingale of India”.

Born in Maharashtra on September 28, 1929, Mangeshkar first sang at religious gatherings with her father, who was also a trained singer. After she moved to Mumbai, India’s film industry capital, she became a star with immense popular appeal, enchanting audiences with her smooth but sharp voice and immortalising Hindi music for decades to come.

Moong Dal Mughlai Recipe: Give A Delicious Twist To Regular Moong Dal With This Recipe
2022-02-01