Breaking News
2021-06-21 Coronavirus: Why should patients get their heart checked post COVID-19? 2021-06-21 Capt. Nihal Keppetipola new SLPA Chairman 2021-06-21 Corporates Call For Ramping Up Investment In Health Sector: Report 2021-06-21 Dimming of Betelgeuse: Here’s Why the Glow of One of Brightest Stars Faded 2021-06-21 SEVENTEEN postpones ‘Your Choice’ album promotions after their staff test positive for COVID-19  : Bollywood News 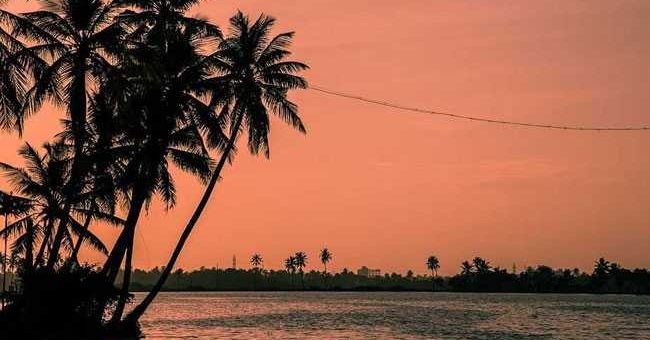 Kerala has had historical and longstanding sociocultural ties with Lakshadweep.

A large section of Kerala, including celebrities, politicians, social media users, and the general public, is angry or wary about some of the changes brought about by the Union Territory’s newly-appointed Administrator, Praful K Patel. The tweaks he has brought about since taking over in December 2020 are destructive and “target” its largely Muslim population, many of them allege, seeking his recall. The BJP has, however, said they were only meant to end “corrupt practices” of politicians.

Several leaders from Kerala have written to the Centre and even President Ram Nath Kovind, citing the traditional ties between the island group and Kerala.

“The news from Lakshadweep is very serious. The situation there poses a challenge to the life and culture of the people inhabiting in the island. Such moves are unacceptable,” Chief Minister Pinarayi Vijayan said today during his daily press briefing.

“We know Lakshadweep and Kerala have a connection since long. All over Kerala, we can see students from Lakshadweep. As per news reports, now there is a deliberate, malicious attempt to distort this connection. This is part of narrow interest. It is condemnable,” he said.

Mr Vijayan was referring to, among other things, the decision of Mr Patel’s administration to ensure that boats and dhows from Lakshadweep will now only head for Mangalore in neighbouring Karnataka instead of their traditional destination of Beypore harbour in Kerala’s Kozhikode district.

Lakshadweep has traditionally been part of the inheritance of the Arrakal royal family of Kannur in Kerala, even though only nominally.

“Implementing the Goonda Act in a region where law and order and crime are non-existent, opening up alcohol trade among a people who do not consume it…they may seem like Tughlaqian changes, but, clearly, it is an anti-Muslim anger that is sweeping like a cyclonic storm,” former Finance Minister Thomas Isaac said in a Facebook post.

In a tweet, Congress MP Shashi Tharoor said Mr Patel’s changes were “destroying a peaceful part of the country”.

I first raised this issue on Feb 9, prompted by my ex-MP friend below. Today the protests have become a storm: https://t.co/XUHiH31aCo
The Govt has to intervene. We are destroying a peaceful part of the country where peace, communal harmony &cal reigned undisturbed. Stop the rot! https://t.co/IwEq0KXnMC

Among the first to write to President Kovind, seeking the “recall” of the new Administrator, was CPI(M) MP Elamaram Kareem, alleging that Mr Patel’s authoritarian rule was “increasing unrest among the people” of Lakshadweep.

“According to the people of the island, the unplanned and unscientific altering of the standard operating procedure has led to the current surge in Covid cases in Lakshadweep, where not even a single case was reported in the year 2020,” he wrote.

“The undemocratic and anti-people regulation in the name of ‘Animal Prevention’ which intends to ban slaughter, transportation, selling or buying of beef products is one among such orders.”

The Congress’s Ernakulam MP, Hibi Eden, too, wrote to both the President and Prime Minister Narendra Modi raising concerns over job losses and even loss of representational governance.

He alleged that one of the new proposals, “makes any person with more than two children ineligible to contest Panchayat Elections.” Lakshadweep has a fertility rate of 1.4, one of the lowest among all states and Union Territories of the country, according to the National Family Health Survey 2019-2020.

He also said the decision to eliminate non-vegetarian food from the menu of anganwadi children was harsh and unwanted.

Malayalam movie stars Prithviraj Sukumar, Saleem Kumar, and Geetu Mohandas, among others, too, voiced their concern.

In his Facebook post, shared by many top leaders, he said he had been getting desperate messages from people in Lakshadweep, “pleading” to bring public attention to what is going on there.

“What I do know for sure though, is that none of the islanders I know, or none of those who’ve spoken to me are happy with what’s happening,” he wrote.

Ms Mohandas, whose critically acclaimed 2019 directorial venture “Moothon” is shot mostly in the island group, wrote: “My heart goes out to each and every one who reached out to me. Their cries were desperate, real.”

BJP national Vice President AP Abdullakutty, the party’s in-charge of Lakshadweep, however, alleged that the opposition MPs were protesting because Mr Patel had taken certain steps to end the “corrupt practices” of politicians, PTI reported.

He claimed the locals were happy, but an atmosphere of tension was being whipped up through the media and social media by certain fundamentalist groups operating out of Kerala.

“Unfortunately, these MPs are playing to the tunes of such outfits without realising the truth,” Abdullakutty told PTI.

Corporates Call For Ramping Up Investment In Health Sector: Report
2021-06-21

Dimming of Betelgeuse: Here’s Why the Glow of One of Brightest Stars Faded
2021-06-21

Another reshuffle in the federal cabinet, Tabish Gauhar given charge of petroleum ministry
2021-03-30