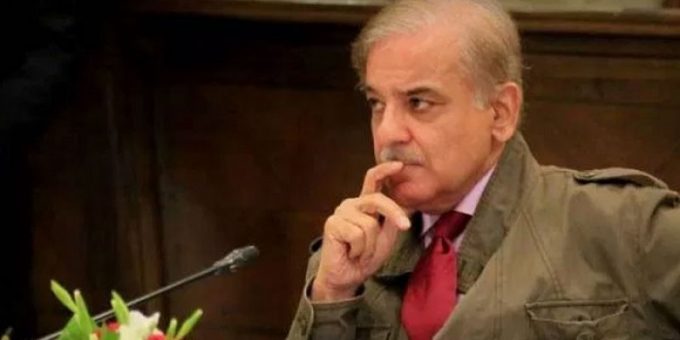 The National Accountability Bureau (NAB) Lahore has written a letter to its headquarters in Islamabad, asking it to place PML-N president Shehbaz Sharif’s name on the Exit-Control List (ECL).

The request was made to place Sharif’s name on the no-fly list as he is being investigated in an assets beyond means case and is accused of money laundering. The former Punjab chief minister has denied all charges of wrongdoing.

However, the interior ministry officials did not confirm receiving any letter from the NAB Headquarters on the issue.

NAB Lahore wrote a letter to the DG Operations NAB Headquarters on April 28, recommending that the PML-N president be placed on the ECL as there were several investigations against him, his sons Hamza Shehbaz, Suleman Shehbaz and others, sources said.

All of the above-mentioned are being probed in assets beyond means and money laundering cases.

According to a copy of the letter, NAB Lahore stated that via order dated 22-04-2021, the Lahore High Court (LHC) granted bail to the accused Shehbaz Sharif, whereas no orders regarding the placement of his name on the ECL or asking the PML-N leader to surrender his passport have been issued.

“As the presence of the accused is required to face the trial, it is recommended that the name of Mian Shehbaz Sharif be placed on the ECL for the smooth trial of the reference no 22/2020,” the letter read.

The letter further stated that thereafter the accused Mian Shehbaz Sharif filed a writ petition with the LHC for removal of his name from the ECL and a subsequent LHC order set aside the memorandum of the Ministry of Interior.

The letter stated that in this regard another request for the placement of Shehbaz Sharif’s name on the ECL was forwarded to the NAB HQ in Islamabad.

In response, the prosecutor-general NAB HQ, in a letter, had conveyed that instead of placing the name of the accused on the ECL, it has approved to place, before the Supreme Court of Pakistan, the material collected against the accused to place his name on the ECL.

The letter stated that a reference (ACR No 22/2020) has been filed against Muhammad Shehbaz Sharif, Mrs Nusrat Shehbaz, Hamza Shehbaz, Suleman Shehbaz, Muhammad Usman, and 11 others and the said reference was filed on August 20, 2020, on the allegations that the suspects had accumulated disproportionate assets to the tune of Rs7,328 million through dishonest means. It said the suspects were also guilty of the offence of money laundering, with the case pending before an accountability court in Lahore.

The letter stated that the names of all persons except Shehbaz Sharif had been placed on the ECL and 11 other accused with Shehbaz Sharif were facing trial.

The letter further stated that five of the accused had been declared proclaimed offenders in the case.

8 Mistakes you are Making When you Weigh Yourself