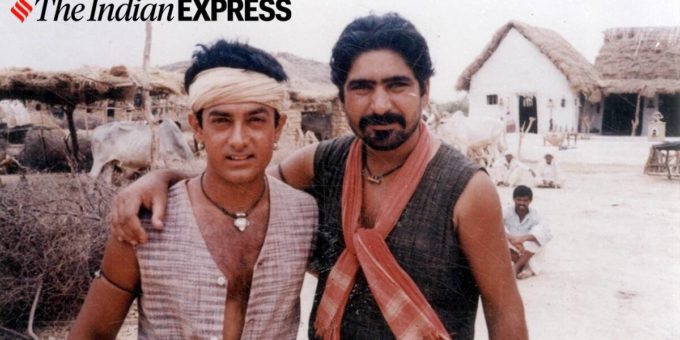 Actor Yashpal Sharma says he wouldn’t have played any other character but Lakha in Lagaan, even if given a chance. “The two main roles of hero and villain – Bhuvan and Captain Andrew Russell, were already given to Aamir Khan and Paul Blackthorne. After that, the only character that was worth doing was Lakha,” Sharma exclusively told indianexpress.com.

Lagaan was directed by Ashutosh Gowariker and marked Aamir Khan’s debut as a producer. It further received a nomination in the best foreign language film category at the Academy Awards 2002. As Lagaan clocks 20 years on June 15, Yashpal Sharma went down the memory lane of playing the anti-hero in the blockbuster film.

“Lagaan’s casting had already been done. It was only in the end that I got a call from Aamir Khan Productions. I thought someone was playing a prank. But I got to know Ashutosh Gowariker wanted to see me. I met him at Aamir’s office and in four hours, he narrated the entire story to me while walking around the room. I’ll never forget that because you won’t find a director who’s injected the story so deeply inside him, that he didn’t even look at the script,” Sharma said while recalling how he was amazed at Gowariker’s clarity about the story.

Lakha, a woodcutter, was one of the main men of the village, who had his eyes on Gauri (Gracy Singh) and did everything to impress her. And since Gauri was in love with Bhuvan (Aamir Khan), Lakha wished to disrupt Bhuvan’s cricket game against the British, until he has a change of heart and ends up siding with the people of Champaner.

Yashpal Sharma added that he thought Lakha was the only role that had some dimensions, but wasn’t sure if it was available. “Ashutosh told me he wants me to audition for Lakha only. I couldn’t believe it as I was still a struggler then. I had just done a few films like Shool, Arjun Pandit, Hazaar Chaurasi Ki Maa and Samar. I auditioned for it and left the office. Within five minutes I received a text that I was selected.”

According to Sharma, Gowariker was thoroughly impressed and had sent his audition clip to Aamir, who was with music director AR Rahman in Chennai at that time. But the difficult part for Sharma was his remuneration.

Sharing the interesting story, Sharma revealed that post his selection, Gowariker asked him to meet Aamir Khan’s then wife Reena Dutta, who was the producer of Lagaan. “I though I’ll demand Rs 1 lakh since it’s a big production. Then I thought what if they refuse and sign someone else. I came down to 80,000 rupees in my head. Ultimately I thought I’ll lock it at Rs 50,000. Also because I had no work, I knew I would’ve still done it in Rs 20,000 (laughs). Finally when I met Reena Dutta, she told me their budget was limited and they were paying Rs 1.5 lakh to every actor. I just blabbered that I wanted Rs 2 lakh at least, and she agreed. I was shocked and also happy that I got double than what I expected,” Sharma said.

Yashpal Sharma sported the look that was designed for Lakha on paper. “Ashutosh just told me to grow my hair,” he added. Lakha was one of the batsmen in the team of Champaner.