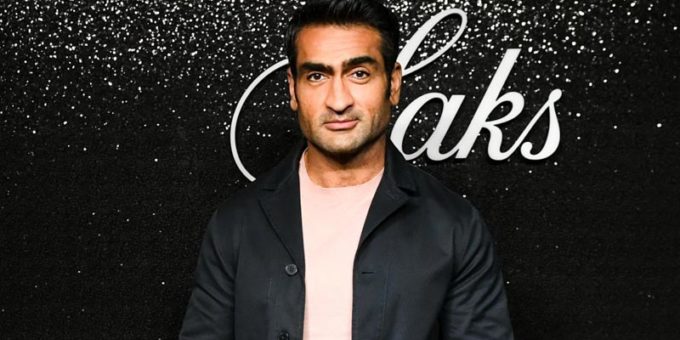 Hollywood star Kumail Nanjiani is opening up about his time working with Angelina Jolie on the set of Marvel’s Eternals.

During an interview with ET, The Big Sick actor dished details about all that he got learn from his famous co-stars, Angelina Jolie as well as Salma Hayek.

“Angie, she would not go back to her trailer. She always hung out on set. She was always with everyone,” he said while at the Saks Fifth Avenue New York Fashion Week part.

“So I realised what you do on camera is only part of the job,” he said.

“Salma was the one who would always have dinners and people over. They are amazing. I have learned so much from watching both of them. Just how to be a pro, you know? I was so impressed. They are always on time, they know all the words, they are very thoughtful about how they work and they really wanted to create a family,” he said.

“So much of it is how you are with people. You create a community, you create a family, you create a group. And both of them, they go on camera, they are movie stars. They are fantastic in the movie,” he shared.

Speaking about the Marvel flick, Nanjiani said: “I am so, so pumped. I am so excited. The movie is absolutely amazing. The movie is so, so good. I can’t wait for everybody to see it.” “The scale of it, it is so big, it is so epic. It spans thousands of years, it is all over the world, like truly, it is a global movie. It is very international. We go all over the world, so it’s really like the scale of it. It is one of the biggest movies I have ever seen,” he said.

Cory Wharton Sent Me D-ck Pics While His Girlfriend Was Pregnant, Woman Alleges
2019-10-17