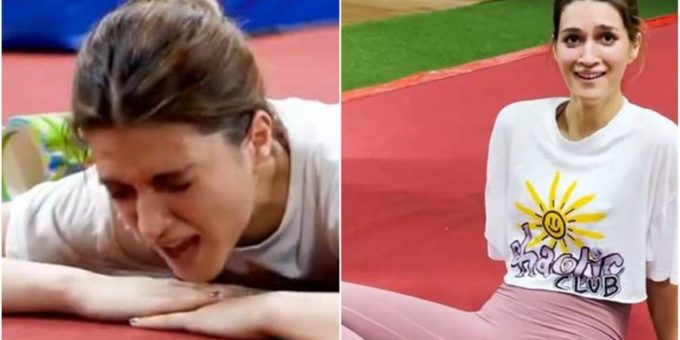 After winning hearts with Mimi and wrapping up Varun Dhawan-starrer Bhediya, Kriti Sanon is preparing for Ganapath. The film will reunite her with Tiger Shroff after seven years.  On Wednesday, Kriti shared a video where she is sweating it out at the gym as a part of her preparation for the Vikas Bahl directorial.

Taking to her Instagram handle, Kriti wrote, “Prep Prep Prep. But first.. WARM UP!! I’m always a Work In Progress!” The video received some heartwarming comments from her followers. While a comment read, “Kriti on fire,” another fan called the actor “Strong Sanon.”

Talking about the film, Kriti had earlier said in a statement that she has always wanted to explore the action genre.

“I am thrilled to re-unite with Tiger after about 7 years and also to be directed by Vikas in a space that is so new to me. I have been wanting to explore the genre of action since a while now and I am super excited to do so on such a massive scale with Pooja Entertainment. Jackky is a very passionate producer and I am glad to be starting my journey with them with such a cool character,” Kriti said.

Kriti made her Bollywood debut alongside Tiger Shroff in Heropanti (2014), and Ganapath marks their second collaboration together. Bankrolled by Vashu Bhagnani, Vikas Bahl, Deepshikha Deshmukh and Jackky Bhagnani, Ganapath will go on floors soon. It is scheduled for a 2022 release.

Apart from Ganapath, Kriti also has the much-anticipated Adipurush in her kitty. The Om Raut directorial will have her sharing screen space with Baahubali fame Prabhas.