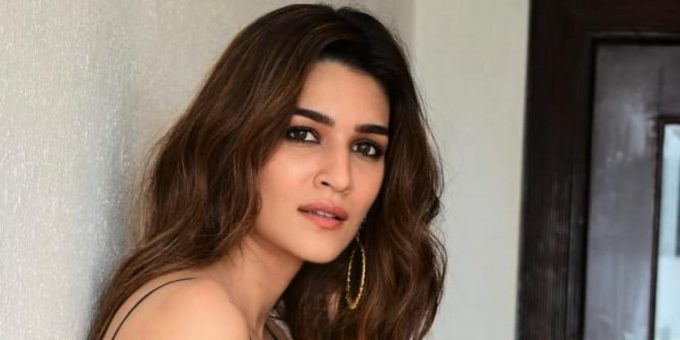 Ashutosh Gowariker is back again with a period film and with an amazing cast. ‘Panipat’ starring Arjun Kapoor, Kriti Sanon, Sanjay Dutt and more is based on the war between Sadashiv Rao Bhau who leads the Maratha army against Ahmad Shah Abdali, the king of Afghanistan. Kriti Sanon, who plays Parvati Bai says she was excited when she was offered this movie. She says, “I’ve always wanted to work with Ashu Sir (Ashutosh Gowariker). When I heard the story I had goosebumps. The character I play is a very strong and empowering woman. She is also very vocal about her feelings. So I was very excited to play this role.”

The film set to release on 6 December was subject to many memes once the trailer was released. When asked Kriti said, she did find some memes funny and she takes them in a fun manner. Kriti mentioned how these memes meant people were taking about the film and getting reactions, which is good at the end of the day. On working with a spectacular cast like Sanjay Dutt and Zeenat Aman, Kriti said she was upset she didn’t get a scene with Sanjay Dutt. She says, “I even asked Ashu sir to give at least one scene. He said it wasn’t possible because Ahmad (Sanjay Dutt) does not meet Parvati (Kriti)”. She adds, “Even though I didn’t get to act with him, I got to meet him and talk to him. He is a great personality. Very powerful. He turns heads when he walks into a room”. She sounded excited when talking about Zeenat Aman as she says she was the only one who had scenes with her. Kriti went on to mention how nervous and excited she was to act with Zeenat Aman. Kriti says, “She used to check with Ashu sir if she was doing a scene right, the fact that she checks with the directors during rehearsals is what I think shows the traits of a good actor”. Kriti even mentioned how warm and welcoming Zeenat Aman was when she met her and calmed her nerves down.

Being a Delhi girl Kriti found it a little difficult to be able to speak in Marathi. She even had dialect coaches to help her perfect the language. Kriti Sanon mentioned how she had to learn the mannerisms, the body language and constantly remember the film was based in a different time. She even mentioned the sword fight scene she has in the film was one of the things she practiced a lot, as she found it a little difficult with the costume.

“I hope Bollywood makes more period films.” She adds, “There are many stories that have to be told and I feel every generation should know about history.”

Kriti Sanon even revealed that she and Arjun Kapoor were meant to do many other films, but they didn’t go through. When ‘Panipat’ came along the way the actors were happy that they were finally going to act together. “He’s a very chilled out guy and very charming. He would constantly make me laugh which is good,” Kriti said. “We were offered many movies but they didn’t happen. When we got this film we thought “finally””, she added.

Have you seen these videos of Tiger Shroff, Jacqueline Fernandez and Malaika Arora?
2019-05-02