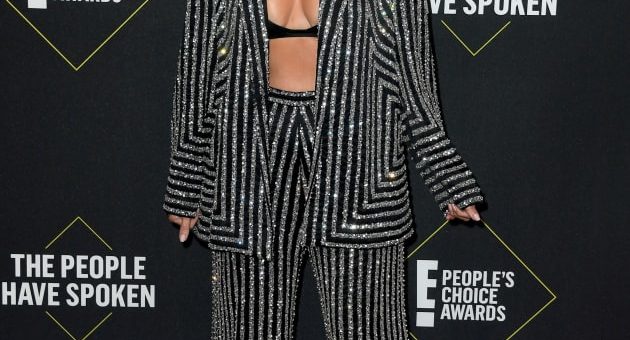 Back when Kourtney Kardashian finally dumped Scott Disick for good, it was rumored that her primary reason for kicking himto the curb was his unwillingness to grow up, settle down, and leave the nightlife behind.


So it’s a little surprising and just a tad ironic that Kourt is currently creating concern among her family and friends by partying round the clock.


As you may know, Kourtney is back together with Younes Bendjima.


Some folks — most notably Scott Disick — wish Kourtney and Younes had stayed broken up, and now it seems their worst fears are coming true.


Younes is considerably younger than Kourtney — 26 to her 40.


It’s not that a 14-year age gap is so massive, but people in their mid-twenties generally live a very different lifestyle from folks in their forties — especially when the elder party has three kids at home.


Apparently, Younes is very much still in the hard-partying portion of his life, and Kourtney’s loved ones are concerned about her efforts to keep pace with him.


“She’s trying way too hard to keep up with people who are half her age,” a source close to the situation tells Radar Online.


The insider says it’s not just the late nights and club-hopping that have Kourt’s loved ones stressing out.


It seems Younes has been running with a “sketchy crowd,” and there are concerns that Kourtney is in over her head.


The most specific beef among Kris and company is that Kourtney’s reckless lifestyle is interfering with the time she’s able to spend with her kids.


“And she often rolls home in the early hours then sleeps until the afternoon,” the insider claims.


“Kourtney’s still very devoted to the kids even if they do spend a lot of time with nannies,” the source adds.


“But her social calendar has blown up since the holidays and she’s out at least five nights a week.”


If you had told us years ago that there might be a situation in which we would take Scott freakin’ Disick’s side over Kourtney’s, we’d have told you you’ve been sipping a little too much of whatever Scott’s been ordering from bottle service.


But if Radar’s account is accurate, and Kourt is really neglecting her kids in order to party in the VIP, then Scott might have been on to something when he suggested that Kourtney is better off without Younes.


Of course, we don’t want to give the guy too much credit.


Scott is still dating a 21-year-old, which is kinda gross, even if it doesn’t impact his relationship with his kids in any way,

US stands ready to participate in restructuring of Sri Lanka’s debt: Administrator Power
2022-09-12