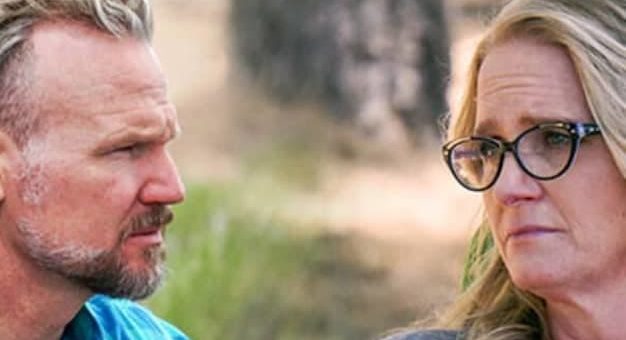 Christine Brown isn’t even trying to hide it at this point.


In the two weeks since she split from spiritual husband Kody, the veteran Sister Wives star has recorded a number of Cameo videos in which she’s made clear just how happy she is as a single woman.


And just how happy is she?


SOOOOO very happy, as Christine has said she never knew life could be so simple and that she’s a much better person without Kody.


Here’s the thing, though:


Christine has said all of this in public — while remaining very respectful of her ex-spouse.


“I hope Kody and I can still remain friends through this,” Christine told a fan, for example.


“We’ve been high-key communicating with each other and stuff. We have good and bad days… But, we have a life still together after this because we have kids to raise and Truley’s 11.”


Immediately after Christine announced she was splitting from the father of her six kids, an insider told In Touch Weekly that Kody wasn’t shedding any tears over the development.


He was pretty darn psyched about it, in fact.


“Christine is a dramatic and emotional person. He saw her as a pain to be with at times,” this source claimed to this tabloid, getting personal and cruel and adding:


“She’s been depressed for five years.”


Kody and Christine had been spiritually married since March 1994; she was the third wife to join Kody’s polygamous family.


Once Robyn arrived on the plural marriage scene, though, various websites have reported that Kody because totally smitten with his youngest wife and Christine grew more and more frustrated over time.


After the COVID-19 pandemic hit, and Kody chose to spend nearly all his time with Robyn, Christine finally had enough, according to these reports.


“After more than 25 years together, Kody and I have grown apart and I have made the difficult decision to leave,” Christine wrote on Instagram on November 2.


“We will continue to be a strong presence in each other’s lives as we parent our beautiful children and support our wonderful family.


“At this time, we ask for your grace and kindness as we navigate through this stage within our family.”


Kody, meanwhile, released a statement of his own at the time.


“We enjoyed many years together and I have a large amount of respect and admiration for her.


“Although we are moving forward on different paths, we will always remain committed parents.”


During season 15 of Sister Wives, Christine vented about her living and romantic situation, stating that she wanted to return to Utah and not move on to the familly’s Coyote Pass property in Arizona.


“Meri, I can’t do marriage with Kody anymore,” an emotional Christine told her fellow spouse on the April finale.


Said a source previously to In Touch:


“She started taking trips in the springtime. She would say, ‘I’m not staying here. My kids are not happy.’


“They started being more independent and her kids realized they were happier elsewhere.


“The kids are upset by the split — they don’t know all the details of Kody and Christine’s relationship​​​, but they’re aware he wasn’t around.”

“Very Important Player For The Team”: Rohit Sharma On Virat Kohli’s Role As A Batter In T20Is