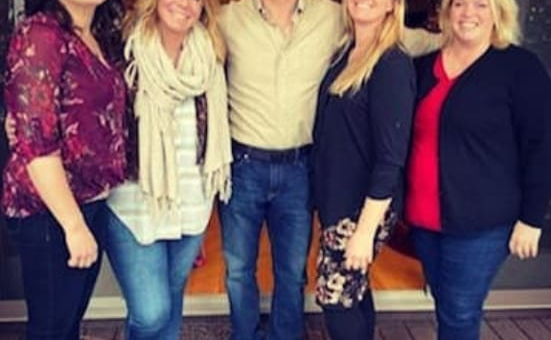 Kody Brown has tried to make it clear multiple times over the past few months.


Despite his portrayal this season on Sister Wives… despite how badly he treated his spouses and how often he argued with them… the TLC star continued to claim the following:


He’s not a totally selfish A-Hole.


And yet: It’s getting harder and harder to believe the father of 18.


Let’s consider the latest evidence against him, shall we?


Considering Kody has four Sister Wives and these four wives are responsible for a dozen and a half kids, one would think Kody would have been a very busy man from sun up to sun down, right?


Moreover, none of the wives sent any sort of best wishes to their co-stars, either.


Meri, for example, encouraged her followers to “treat” themselves to clothes from her LuLaRoe website, as each purchase comes with a “little gift” from her.


Christine, meanwhile, offered her followers “free shipping” on all purchases made on Mother’s Day.


Could this have been because the Sister Wives were all together and celebrating the holiday together, as one giant and unusual family and just chose to keep everything private?


We mean, possibly. Conceivably. There’s a non-zero chance, we suppose.


However, all signs of late have pointed to Kody quarantining solely with alleged favorite wife Robyn during the ongoing Covid-19 outbreak.


There was a recent, unexpected video in which he interacted with Meri, yes.


And some folks out there think the spouses are secretly teaming up on a mystery project.


But there’s been no real indication overall that Kody is seeing much of his family, outside of Robyn, during these historic and dangerous times.


As we’ve documented on this website, Christine shared pictures several days ago of her daughters in their prom dresses — without Kody making an appearance.


Heck, Janelle shared last week that she underwent a procedure to remove a cancerous lesion from her upper lip — and she didn’t say a thing about Kody when revealing her skin cancer battle.


None of this comes as any surprise to anyone who watched Sister Wives Season 14.


Kody consistently screamed at all four spouses all season long, mostly over his desire to build everyone one huge mansion in Arizona… against all of their wishes.


“The relationship he and I had, it’s dead, it’s gone, it’s over. I want a relationship with him,” Meri told a therapist on one episode, to which Kody responded by saying he wished he never married his first wife.


“I feel like I was deceived into a relationship that was very different than what I expected,” the reality star said.


“Meri and I had a fast courtship with a lot of expectations and a lot of not communicating.”


Then in April, Meri and Kody ignored their 30th wedding anniversary on social media.


He also threatened to “dissolve” his partnership with Robyn on an episode and admitted he “bullied” her into buying a home.”


What else is there to say, really?


We refer you to the headline above.


Kody Brown is the worst.