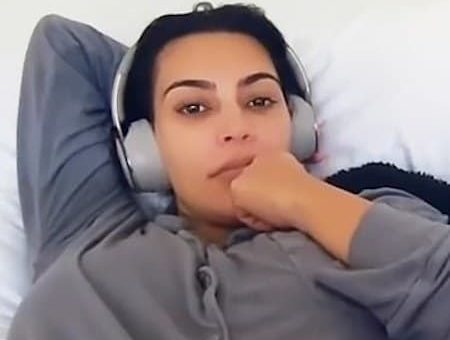 On some levels, Kim Kardashian is ready to date again … in a sense.


The mother of four is ready to be happy. There’s no question about that.


However, a number of factors have converged to give her pause.


After all that she went through with Kanye, dating again seems almost too daunting to begin.


Us Weekly heard from an inside source who offered insight into how Kim Kardashian is approaching things right now.


“She’s not focused on dating at the moment,” the insider dished.


“But,” the source added, “actually worries that guys will not want to date her.”


Why in the world would a famous, rich knockout like Kim worry that guys would view her as undateable?


According to the insider, it’s “because of how public her relationship was with Kanye.”


It’s unclear if that means that they would fear following up Kanye, or if they would be scared off by the spotlight.


After six years of marriage, Kim also has other concerns that weigh on her.


“She also knows how hard it is to build trust with someone,” the source reasoned.


“So,” the insider continued, “she thinks it’s going to take time before letting someone into her private life.”


“It was easy with Kanye,” the source characterized.


The insider explained this ease as existing “because they were friends before.”


“So,” the source reasoned, “they had years’ worth of trust.”


Kim has also been processing the inherent weirdness of Kanye dating again so quickly after they broke up.


“She certainly did not think that Kanye would move on with someone else before her,” the insider revealed.


(Really? Is Kanye especially well known for having good impulse control or a lot of patience?)


“Friends and family are telling her she has nothing to worry about,” the source assured.


“And when she’s ready to date again,” the insider added, “they gladly will be setting her up with potential suitors.”


That could have its ups and downs, but it’s better than being lonely and miserable when you don’t want to be.


In 2010, Irina Shayk worked with Kanye on his “Power” music video.


And the relationship has been going on for months, though it sounds like things began slowly.


It has been reported that Kanye and Irina’s relationship is going well.


The two took a birthday trip together to celebrate Kanye turning 44.


It is said that he appreciates her chill, laid-back disposition.


During the final season of her family’s series, Kim addressed the divorce.


“I just think he deserves someone who will support his every move,” Kim expressed.


She continued: “And go follow him all over the place and move to Wyoming.”


“I can’t do that,” Kim confessed, as if making rational decisions for herself and her family were a personal failing.


“He should have a wife that supports his every move,” she claimed.


“And,” Kim continued, “travels with him and does everything, and I can’t.”


“I feel like a f–king failure. It’s my third f–king marriage.”


“But I can’t even think about that. I want to be happy.”


It’s unclear why Kim believes that Kanye is so worthy that he deserves a sycophant instead of a partner.


Regardless, Kim was not going to be that for him.


That is for the best for her and for their four children: North, Saint, Chicago, and Psalm.


“I just feel like I’ve worked so hard in life to achieve everything that I’ve wanted to,” Kim noted to her family on the show.


“And,” she added, “I’ve lived up to my expectations and achieved 10 times more than I even thought was humanly possible.”


“But I don’t have a life to share that with,” Kim lamented.


“Like, I do — obviously my kids and everything,” Kim quickly emphasized.


Just as not everyone wants a relationship, some people genuinely crave companionship and do not like being single. Just … not Kanye.