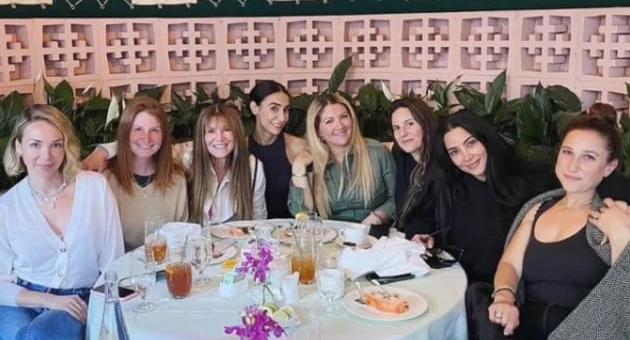 These days, you don’t need to be a celebrity to present an unrealistic version of yourself to the world.


Just about every Instagram user has tested out the site’s various filters at one time or another, and lots of folks take things a step further with more sophisticated editing tools.


But for most of us, social media is a very small part of our day-to-day existence, and we have no fear of people finding out what we look like “in real life.”


That’s not the case for celebrities like Kim Kardashian.


Sure, Kim’s closest friends and family might occasionally see her without makeup and filters, but that’s what? A dozen people?


Kim has 266 million followers on Instagram, and she takes great pains to ensure that that massive audience only lays eyes on what she considers the best version of herself.


So it makes sense that when Kris Jenner accidentally leaked an unfiltered photo of Kim, the social media superstar demanded that her momager take it down.


At least we assume that’s what happened.


The story played out publicly and fans commented on it every step of the way.


Earlier this week, Kris posted a bunch of pics in honor of granddaughter Chicago West’s birthday, and this photo made its way into the collage:


That’s it. That’s what all the fuss has been about.


If Kim looks slightly different it’s because the image hasn’t been filtered or retouched in any way, and Kim usually edits her pics, which is pretty much standard practice for celebs these days.


It wasn’t long before Kris deleted the pic — presumably at Kim’s behest — and, of course, this development only heightened the level of interest from fans.


“[I’m] surprised [Kris] got away with posting this (seemingly) unfiltered [picture. They] both still look great [though],” wrote a commenter who documented the drama on Reddit.


“Omg she took this down! It’s not posted anymore,” this person later added.


The thread received thousands of replies, with many claiming that Kim looks “unrecognizable” — which seems like quite an exaggeration.


But the point is, the pic attracted attention for all the wrong reasons.


Of course, as Kardashian PR crises go, this is a pretty minor one.


Still, you’d think it would send a message to Kim’s inner circle to be more mindful about the pics they post — but apparently some folks didn’t get the memo.


Kim’s longtime friend Allison Statter celebrated her birthday this week, and she marked the occasion by posting this group shot on Instagram.


“It’s been a sweet week. Thanks to everyone who celebrated with me!” Statter captioned the pic.


As you can see, Kim is once again unfiltered.


Now, we’d like to point out that on this occasion as well, Kim looks just fine, and not all that different from how she looks in her filtered photos.


Even so, fans are having a field day with the pic.


You might think that Kim would be feeling frustrating over dealing with the exact same problem twice in one week — but we can’t shake the feeling that this is exactly what she wanted.


It’s important to bear in mind that Kim is one of the most media-savvy people on the planet.


She took a good deal of flak for allegedly pressuring Kris to take the first pic down, so it’s quite possible that she gave Allison the go-ahead to post this one.


That way — without ever addressing the matter directly — Kim gets to demonstrate to the world that she’s not uptight about the world catching a glimpse of her in her unfiltered state.


Compare this to the time that grandmother MJ accidentally posted an unedited bikini pic of Khloe.


True’s mom was heavily criticized for that, not because of the pic itself — she looked just fine — but because of her furious reaction.


And now, it looks as though Kim might have learned from Khloe’s mistake.


Hey, the woman didn’t get to where she is in the world by not paying attention to what other social media users are doing wrong!

The Sunny Leone Interview: “I Feel Reassured When I See Kareena Taking Care of Taimur’
2020-03-10