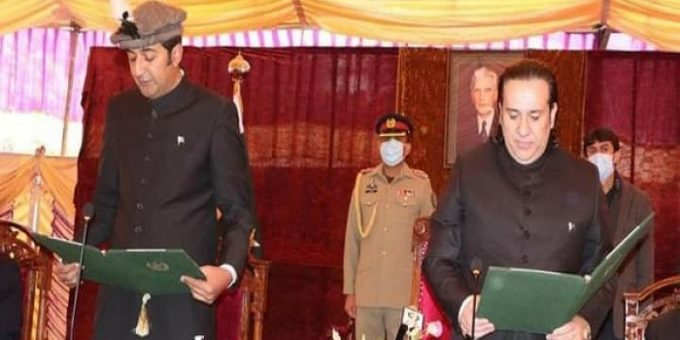 Khalid Khursheed has been sworn in as Gilgit-Baltistan (GB) chief minister (CM) in Gilgit on Tuesday.

The oath-taking ceremony was held at the Governor House GB, where Raja Jalal Hussain Maqpoon administered the oath to Khalid Khursheed.

Members of the Gilgit-Baltistan  Assembly and other high officials attended the oath-taking ceremony.

The election for the leader of the house of Gilgit Baltistan Assembly was held through show of hands in the GB Assembly Hall in Gilgit.