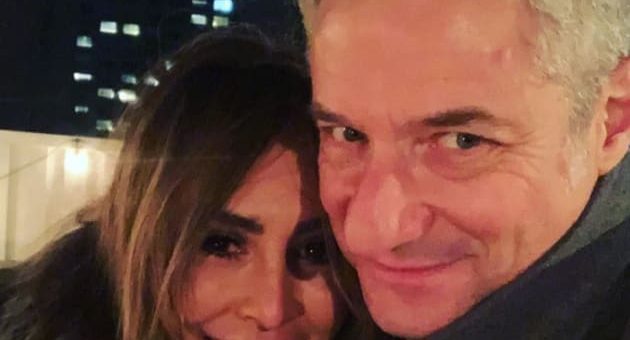 She may not care if poor people live or die…


… but Kelly Dodd just made it official:


She will ride or die with Rick Leventhal. For life.


The groom posted a pic from the nuptials on Instagram, giving his followers a look at himself and his alleged soulmate in matching black outfits.


The bride also published an iimage taken in a vineyard, writing along with it: “I’m so excited to be Mrs. Leventhal!!!”


The couple met in the summer of 2019 at a party in the Hampton and went public about 14 months ago with their romance.


By November of that same year — after Levethal gifted Dodd with a huge, pear-shaped diamond ring in New York City, after filling his apartment with flowers and champagne — they were engaged.


“I can’t believe I just got engaged!!” the Bravo personality wrote at the time, sharing a pic of the pair alongside a look at her gigantic rock.


“@rickleventhal you are my Prince and my dream come true!!! #love #engaged #myprince.”


Later in their engagement week, Dodd told Extra that she had “no idea” that Leventhal planned to propose.


“I’m very much happily in love,” she explained back then.


“I came into town on Wednesday night, he picks me up at the St. Regis, he takes me back to his house, he has an outdoor terrace …


“He got on one knee, he said, ‘You are the love of my life,’ and he popped the question.”


Days ahead of her wedding, Dodd opened up about what the event would be like, telling Bravo Insider that the ceremony would be “intimate” amid the ongoing coronavirus (COVID-19) pandemic.


“We just have limited guests,” Dodd said, adding that “it’s kind of nice, though. Because it’s intimate.”


It’s surprising, however, that Dodd and Leventhal didn’t just invite half the free world and burn masks in the process, considering all this Real Housewives franchise member has saiid about the pandemic since March.


Kelly has mocked the disease constantly, prompting an outcry from colleagues and from the public that she needs to be fired.


At one point, Dodd basically told us that people die all the time and we just need to get over it.


“How many people die on a daily basis of the flu?” Didd in a challenging tone on her Instagram Stories in May.


Those numbers are wildly inaccurate; the comparison between COVID-19 is wildly erroneous, not to mention dangerous; and Dodd is just a wildly insensitive individual.


Dodd also made fun of the Black Lives Matter movement this month by wearing a hat that read “Drunk Wives Matter.”


Dodd was previously married to Michael Dodd, with whom she shares 14-year-old daughter Jolie, from 2006 to 2017.


Leventhal, meanwhile, ended his marriage to Beth Shak in 2017 after nine months.


Congratulations to Dodd and Leventhal. We hope they are happy and we hope Kelly gets a whole new personality and perspective during the honeymoon.