Breaking News
2022-12-09 Amit Lodha, real-life hero from Khakee: The Bihar Chapter, accused of entering into commercial agreement with Netflix : Bollywood News 2022-12-09 Ankara expects US ‘green light’ for F-16 sale 2022-12-09 When a Prisoner Swap Is a Rorschach-Test 2022-12-09 The Indian women calling themselves ‘proudly single’ 2022-12-09 Who is Viktor Bout, the arms dealer involved in the prisoner exchange for Brittney Griner? 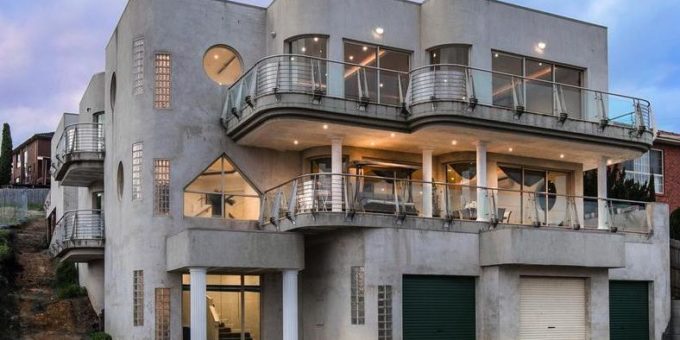 A colossal concrete house has finally sold after lingering on the market for 600 days.

Moonee Valley Real Estate agent David Gigliotti declined to comment on the sale of the 38 Surrey Drive mansion, which he described as “gargantuan” when it first hit the market in August 2018.

The house has finally sold after first hitting the market in August 2018.

The open-plan living area and kitchen on one of the levels.

CoreLogic records show it had two stints on the market — the first for 291 days and the second, 309 — before it changed hands on July 17.

The house has two kitchens …

… both with stone benchtops.

Space age showers are on show throughout the bathrooms.

The exterior still needs finishing touches, including a facade paint job and landscaping.

When the residence first came up for sale, Mr Gigliotti said it was “one of the biggest homes in the area”.

“There has been interest in the house, but this is not a property that you’ll get 500 buyers for,” he said at the time.

“It’s an eccentric house (that) will probably only appeal to a few people because of its difference.

“It’s got to be to someone’s taste. Then again, its difference could be its allure.”

The mansion sprawls over three levels.

One of the four bathrooms has a spa.

A bedroom with plenty of space for entertaining.

He also stated the architecturally designed house was on one of Keilor East’s best streets.

It has featured regularly on cult Instagram page, Ugly Melbourne Houses, during its selling campaign.

Keilor East’s $2m benchmark for a single house sale belongs to a five-bedroom residence at 8 Valley Lake Boulevard, according to CoreLogic.

Melbourne CBD high rises at risk due to international tensions