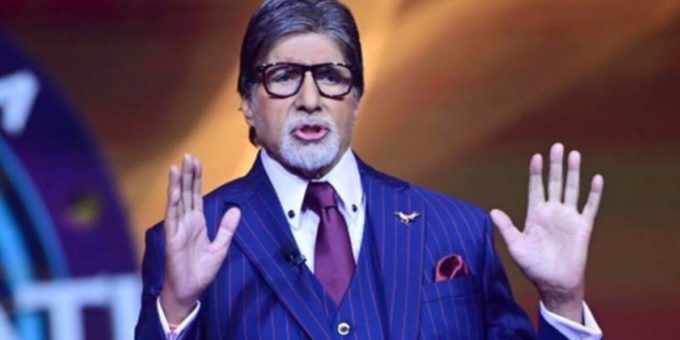 Bollywood superstar Amitabh Bachchan hosted Kaun Banega Crorepati is all set to return with its 13th season on Sony TV. In a recently released promo, the makers announced that the much-awaited game show will start airing from August 23.

KBC, as the show is fondly called, will air five times a week, from Monday to Friday at 9 pm.

Thank you for the overwhelming response on Part 1 and 2. We now present to you the finale of the three part series #KBCFilmSammaanPart3!

Don’t forget to tune in to #KBC13 starting 23rd Aug , 9 pm only on Sony #JawaabAapHiHo. pic.twitter.com/Sdmu8sBGza

Director Nitesh Tiwari, known for films like Dangal and Chhichhore, has helmed three short films titled Sammaan that were released as a part of KBC’s promotional campaign this year. Talking to indianexpress.com, Tiwari had earlier spoken about the spirit of the short films. He said, “We have to create emotions that are related. Whatever we do has to be within the DNA of KBC. Aspirations and the show go hand in hand. Every contestant that reaches the hot seat comes with dreams of themselves, their loved ones or even community and society. Kaun Banega Crorepati comes with the thought that if you believe you can do it, you definitely can.”

Kaun Banega Crorepati recently completed 21 years of its journey. The show first began in 2000 on Star Plus. On the show’s 21st anniversary, producer Siddhartha Basu shared how they got Amitabh Bachchan on board for the show. He told indianexpress.com, “No megastar had hosted a TV show in India, or anywhere else for that matter. The intention was to make the biggest bang possible. Amitabh Bachchan took some time to make up his mind about doing TV and was generally being counselled not to do so. However, he decided to see the recording of the original show in London before making up his mind. Once he saw it, he decided to do KBC with one rider that we replicate the conditions and discipline of that show. There was no looking back, and the scale and scope of shows on Indian TV expanded exponentially.”