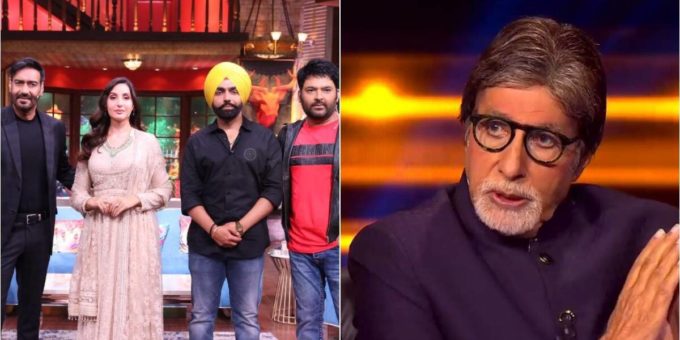 Sony TV is set to launch the new season of two of its most popular projects — Kaun Banega Crorepati and The Kapil Sharma Show. While the comedy series goes live this weekend, Amitabh Bachchan hosted KBC 13 will launch next week. Introducing a big change, the channel has decided to bring back studio audiences in both these shows.

A source shared with indianexpress.com that the makers believe that a live audience on set brings a different kind of energy. “The Kapil Sharma Show has an interactive format and an audience is much required to add more fun. As for KBC, people on set not only cheer for contestants but also bring a lot of positive energy. They also get involved in the game through the lifeline ‘audience poll’. While last year it wasn’t possible to include people on set given strict guidelines, this time, fully vaccinated people would be welcomed,” the source added.

Only fully vaccinated people will be allowed on the set. And while inside, proper social distancing will be maintained. The source said that the teams of both shows shot a few episode and were excited to have audience around them.

The first weekend of The Kapil Sharma Show will see stars of Bhuj: The Pride of India and BellBottom having a gala time with Kapil Sharma and co. While Archana Puran Singh, Krushna Abhishek, Bharti Singh, Chandan Prabhakar, Sumona Chakravarti and Kiku Sharda make a comeback, comedians Sudesh Lehri and Gaurav Gera have also been roped in to play quirky characters. The show will air Saturday-Sunday at 9:30 pm.

As for Kaun Banega Crorepati 13, Amitabh Bachchan will be back to test the knowledge of contestants on his ‘computer ji’. The first week will see a young scientist from Jharkhand, a healthcare worker, a policewoman, and a housewife, who will leave Big B impressed. It will air Monday-Friday at 9 pm on Sony TV.