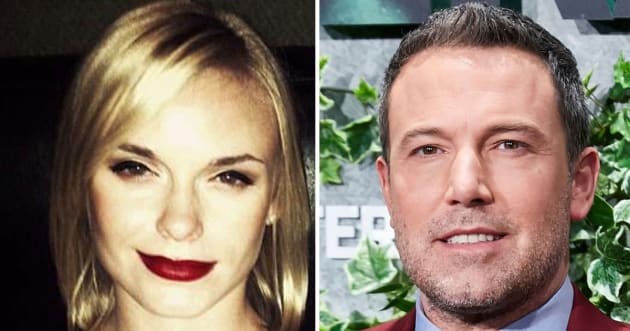 In some ways, recovery must be harder for celebrities.


After all, most 47-year-old divorced alcoholic dads probably have to be on their best behavior at all times when they re-enter the singles scene, lest they morph into walking red flags right before their dates’ eyes.


Of course, being rich, famous, and a member of the exclusive League of Former Batmen, Ben Affleck has no such concerns.


At a certain level of wealth and fame, you can pretty much always find someone to enable your worst behaviors, and Affleck’s been at that point for pretty much his entire adult life.


As you’ve likely heard by now, Ben got drunk at a Halloween party over the weekend.


And we don’t mean “had one too many and voiced an unpopular opinion about This Is Us” drunk; we mean “literally can’t be trusted to stand under his own power” drunk:


That’s Affleck in the skeleton mask, and if you’re like us, you might be thinking, Jeez, rocking a literal death mask during an epic fall from the wagon seems a little on the nose.


But we now know for a fact that was Ben, as he confirmed his relapse during an encounter with paparazzi the following day.


“It happens, it’s a slip, but I’m not going to let it derail me,” said an admirably optimistic Affleck


No, we have no interest in shaming Ben for his relapse.


Some folks say he was a little too flippant in his response to the situation, but that’s not for us to decide.


However — last we checked the words “Hollywood” and “Gossip” both appear at the top of our page, so we would be remiss if we ignored an A-lister going out and getting next level sh-t housed with his new girlfriend.


Ben’s been using the exclusive dating app Raya, which is apparently how he met his new girlfriend Katie Cherry.


Together, the two of them attended the UNICEF Masquerade Ball in West Hollywood on Saturday, which is where Ben gave into his tendencies toward heavy drinking and gambling (another behavior he swore off years ago).


“A lot of people get drunk and gamble here but Ben was on another level,” a source told In Touch of the evening.


“He wasn’t here for long. Probably an hour. He was with a hot girl and I didn’t see anyone bothering him. They left together. It was late. Probably around 1:30.”


“Ben was so obviously drunk,” says a separate onlooker.


“His hair was really messed up, he was having trouble walking and talking and his eyes were half-closed,” the witness goes on.


“He looked so sleepy and tired … I tried to talk to him at one point but he was incoherent. He just threw his arms up in the air and walked away!”


There are conflicting accounts about the nature of Ben and Katie’s relationship, with one source claiming it’s “nothing too serious” and another insisting the two are “very into each other” and have been dating on the down-low since summer.


So who is Katie?


Well, though her age is unknown estimates based on her education and employment history put her between 25 and 30, which would place the musician squarely in the “young enough to be Ben’s daughter” range.


Cherry makes her living as a film composer, and actress Tara Reid has described Katie as her “best friend.”


Needless to say, Katie’s no stranger to loading her partying partners into the back of an Uber and assuring the driver that their stomach contents will remain in place.


Cherry’s not the first much-younger woman to catch Ben’s eye in the years since his divorce from Jennifer Garner.


The actor dated Playboy model Shauna Sexton last year — but that relationship came to an abrupt halt when Ben checked back into rehab.


Hopefully this time, Affleck will bear in mind that just because he’s dating a twenty-something, that doesn’t mean he can party like one.