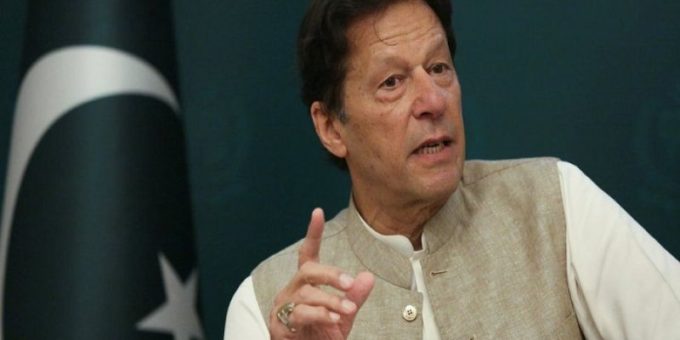 In his message on Kashmir Solidarity Day, Prime Minister Imran Khan on Saturday reiterated that Pakistan stands united with Kashmiri brothers and sisters and urged the international community to take notice of India’s crimes against humanity.

Taking to his Twitter handle, the premier wrote: “Modi’s fascist policies of oppression [and] violence have failed to crush the spirit of the Kashmiri resistance in Indian-Occupied Kashmir (IoK).
The premier stressed that it is time the world takes notice of India’s grave human rights violations in IoK which include crimes against humanity, war crimes and genocidal acts as well as the threat of forced demographic change.

“All these are in complete violation of the Geneva Conventions,” he underlined, adding that it is the international community’s responsibility to ensure an impartial plebiscite in Kashmir.
PM Imran Khan wrote: “The world must not ignore the plight of the people of IoK and their undeniable desire to free themselves from the Indian state’s draconian military occupation.”
In a separate statement to mark the day, he said: “It is time for the international community to make India accountable for its heinous crimes in IoK and to work towards a just and peaceful settlement of the Jammu and Kashmir dispute in accordance with the UN Security Council Resolutions and the wishes of the Kashmiri people.”

Every year, Pakistan commemorates Kashmir Solidarity Day on February 5 to reaffirm its unwavering support to the Kashmiris in their just struggle for their inalienable right to self-determination.