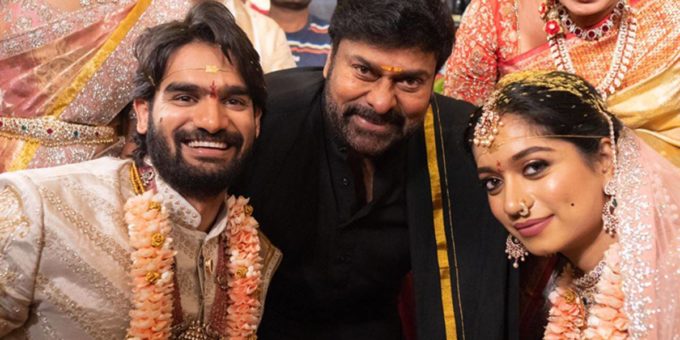 Telugu star Kartikeya Gummakonda tied the knot with Lohitha Reddy on November 21 in Hyderabad. The wedding was an intimate affair with only family members, close friends and select celebrities in attendance.

RX 100 fame Kartikeya Gummakonda had introduced Lohita Reddy during the pre-release event of his movie Raja Vikramarka. At the event, he announced that their wedding will be held on November 21.

Introducing Lohita, Kartikeya said, “This is Lohitha. She has been my friend, crush, girlfriend, ex-girlfriend, friend again, fiancée and is now going to become my life partner.” He added, “On that day, I said that I’ll become an actor and ask your father to marry you once I’m a hero. I have fulfilled my promise and asked your father. And I now promise you that I’ll make you proud with my work.”

Earlier in August, Kartikeya Gummakonda took to Twitter to announce his engagement to Lohitha Reddy. Kartikeya and Lohitha’s engagement took place in Hyderabad and was attended by only family members and close friends.

Kartikeya had tweeted then, “Feeling elated to announce my engagement with my best friend who now is my partner for life.. From 2010 when i first met #Lohitha in nitwaranagal to now and many more such decades.”

Kartikeya Gummakonda made his debut with Prematho Mee Karthik (2017). However, he became popular after playing a Devdas-esque lover in 2018 film RX 100. Kartikeya will be seen next in Ajith-starrer Valimai.