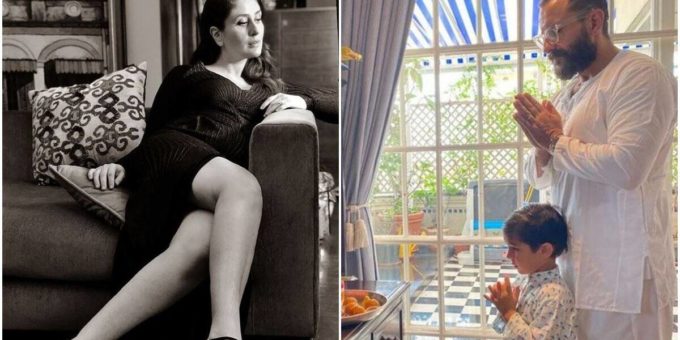 Bollywood star Kareena Kapoor Khan is not your regular strict mother, but the actor feels that she sometimes has to step in as her husband and actor Saif Ali Khan is too laid back with their two sons, Taimur Ali Khan and Jehangir Ali Khan.

In a recent interview with Cosmopolitan, Kareena said that Saif indulges Taimur a bit too much perhaps, and that is why she has to play the ‘bad cop’ sometimes.

“I have to inculcate discipline a little more as Saif spoils Taimur so much that it annoys me sometimes. So, Saif would want to watch a movie with Taimur at 10 pm and I would have to step in and say no because it is his bedtime,” said Kareena Kapoor.

Kareena added that now with Jehangir in the mix, things are that much more difficult to tackle but she manages to keep the discipline in the house. The actor stated that she is very particular about some things in both the kids’ routine, especially with regard to their meals and bedtime. Bebo concluded the chat by saying that she wants her children to grow up with some ‘sense of discipline’.