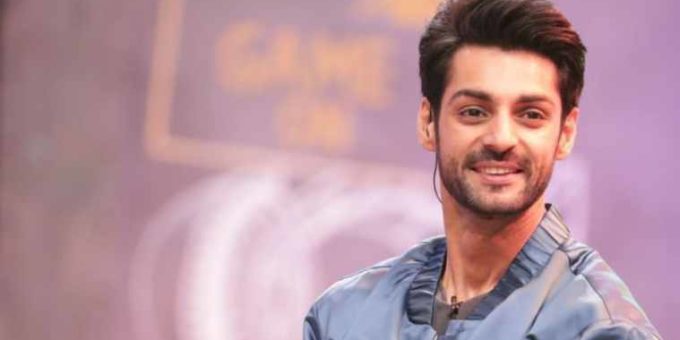 Popular television actor Karan Wahi is back as a host with Zing Game On. The chat show features cricketers in a candid mood, indulging in a lot of fun with Wahi. A separate segment also has fans interacting with their sports heroes.

In an exclusive conversation with indianexpress.com, Karan Wahi opens up about his latest project, passion for sports, and his lady love.

Here are excerpts from the conversation:

What is Zing Game On all about?

It’s primarily a gamified chat show. The games are not sportish activities, but something fun that we all have played as kids. We have shot for 20 episodes, and I must say that you haven’t seen anything like this on Indian television. We want to basically celebrate cricketers, even if they are not the top-notch ones. While we have all heard the Indian captain talk at events and press conferences, we hardly know about Kuldeep Yadav, Umesh Yadav or even Krunal Pandya. They are part of India’s playing XI, and it’s always fun to know about their journey too. Luckily, I know most of them personally, and so the show is more about two friends talking anything and everything under the sun.

You have always maintained that cricket has been your first love. Was that the reason you took this up?

Honestly, getting to interact with these sportspersons is just the icing on the cake. I would have anyway done the show. I loved the aspect of bringing to the fore the unseen side of these players. Our entire aim is to actually go further than just cricket, and hopefully, we will also get to cover other sports in future. The series will bring out the facets that the audience would want to know. Since we knew each other, most of them were also quite colloquial. The aim was to have fun, and we hope the audience enjoys it as much as we did filming it.

While you must be knowing everything about your childhood friend Shikhar Dhawan, any revelation by a cricketer on the show that surprised you?

They all come from different backgrounds and there’s so much to learn from them. It’s surprising to see how grounded they are even when they are such big stars. That’s the biggest plus I found in most of them. Most of them also have alternate talents that people outside the fraternity will never know. Shikhar plays the flute, Suresh Raina plays the saxophone and Shreyas Iyer is a magician. I was really happy that we could have this kind of a revelation. The sweetest part was that even when we were playing these fun games, they were so competitive. That shows their spirit towards any game.

When a project gets made, the sole intention is to reach maximum people. Do you feel your show will get enough audience given it’s not on a popular channel?

I understand that a TRP garnering channel works better, but if we keep thinking about it, nothing will change. A GEC would not have been the perfect platform for a quirky show like this. Then we would have been asked to alter it to suit its audience. So the pro is that at least we have a show like this. Yes, there’s a fear but you can’t keep pondering over it. I am happy that Zing as a channel is doing its best to promote the show, and we also have ZEE5 on board. With digital being the choice right now, we have the best of both worlds.

Being someone who has played the game, what do you have to say about the sports culture in India?

I am amazed and happy with what is happening in the Indian sporting arena. The entire ‘padhoge likhoge banoge nawab, kheloge kudoge hoge kharab’ idea has been taken off the shelf. Yes, cricket is still the number one choice for youngsters, but today, a child wouldn’t hesitate to tell his parents that they want to be a boxer or anything. That is what we were aiming five-ten years back. Zing Game On also is a means to celebrate the journey of these sportsmen. It’s a way to encourage them as it will only make them and the sport grow further.

While you have been acing your anchoring skills, what’s happening on the acting front?

I do act a lot. Just because I am not seen on TV, people feel I am MIA. I have been in talks with a few makers, but nothing has worked out so far. I can’t put a gun on someone’s head and say that give me work. I have been doing a lot of web shows but with so many platforms around, you can’t binge on all my work. But I have decided to inculcate the habit of working more this year so that I don’t get the query that why we don’t see enough of you.

You have starred in two films (Daawat-e-Ishq and Hate Story 4). Any plans of another one?

I did meet a few people, but sometimes it just doesn’t work out. Also, the trend that you have to do films is now moving out. There are some really good opportunities available even on the web. I would love to do films but not do it just for the sake of it.

Lastly, we have to ask you about your latest Instagram posts with Uditi Singh. It seems you are in love, but why the silence over it?

There is no silence. In the past few weeks, I feel I am probably the only guy in the world who has a girlfriend. I understand there’s a curiousity given that we are public figures. However, I have always maintained that whenever I want to tell something, I will. Anyway, these things cannot be hidden for long. The world knows who my partner is, and that’s about it. I shouldn’t be the one talking about someone else. Yes, I am in a happy place, but we need to respect our personal space.