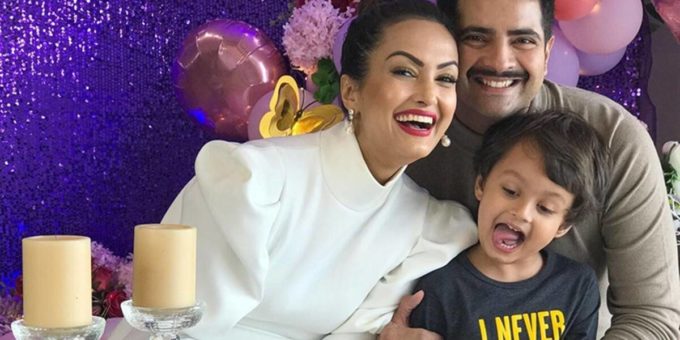 Television actors Karan Mehra and Nisha Rawal’s separation became an ugly mess after she accused him of infidelity and alleged domestic violence. Karan insisted that she had orchestrated the entire incident, in order to force him into providing alimony. Three months later, Karan says that he is ‘still fighting the battle’ and it has been a particularly difficult time for him as he is not allowed to see their son Kavish.

Speaking to Hindustan Times, the former Yeh Rishta Kya Kehlata Hai actor said, “It has been more than three months and I am fighting the battle. The matter is subjudice so I don’t want to talk much about it. I have not seen Kavish since more than 100 days, not able to enter my home or take my belongings. It has been an emotional, disturbing and painful time for all of us. We are fighting it as a family.”

He added that everyone in his family, including his parents have been falsely framed. “It is not right to put my parents through all this, especially when my dad is a heart patient. It is quite disturbing. The proceedings, the process and the fight are not easy. I am out of my house while she and her brother are in the house, aaram se.” Karan Mehra mentioned that he is busy shooting for a Punjabi show, which is keeping him busy and distracted.

Karan also said he has proof of his innocence and that he will share it with the authorities at ‘the right time’. He doesn’t want Kavish to see the stories of their fights online and said, “I don’t have to counter and give my safai (clarification) to every allegation and not doing so, doesn’t make me wrong. It doesn’t have to be a public trial. Kavish will see stories online of our fights. Things are being handled legally and I will let things take their course.”

In a recent interview to Bombay Times, Nisha Rawal made it clear that she doesn’t want any alimony from Karan, and just wants the sole custody of her son, Kavish. “I don’t want any alimony. What will he provide me with that I haven’t given him? We built everything together. I started earning at a very young age and supported him throughout even before he became a part of Yeh Rishta. I have done so much work and whoever I collaborated with will vouch for the fact that Karan was in charge of the commercials,” she said.